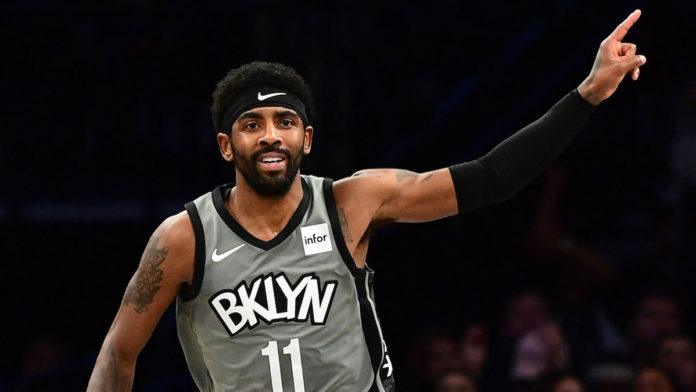 On Wednesday July 8th, NBA player Kyrie Irving premiered one of his first tv specials, but it’s not basketball he is bringing attention too. The “#SayHerName: Breonna Taylor” special, which aired on PlayersTV, was a way for Kyrie to bring for attention to a matter our country seems like it is trying to forget.

The special was indeed a Call To Action in response to the death of Breonna Taylor by the hands of police. It featured pleas to local and state officials, advocacy for voter registration and encouraged people to continue to post about Taylor’s case.

“It is critical to magnify how these unjust behaviors are practices are directly impacting Black Women.” Kyrie told ESPN.

The one hour special featured Alicia Garza, co-founder of the Black Lives Matter organization, Ayanna Pressley, Massachusetts Democratic Representative, sports reporter Jemele Hill, entertainer Common and more. Each of them using their voice to amplify Kyrie’s sentiments that this issue can not just go away. They encouraged people to continue to make this something we can not look past or let go.

“The men who murdered Taylor are still walking the streets. What we the people are asking for is justice, A True Justice that knows no prejudice, racism or sexism,” said rapper Common.

Kyrie was adamant about using this platform to examine police brutality, specifically as it relates to black women, and provide views with actionable measures to demand justice for Breonna Taylor. He encourages that we do not let this fight die, and that we will get justice in her honor.