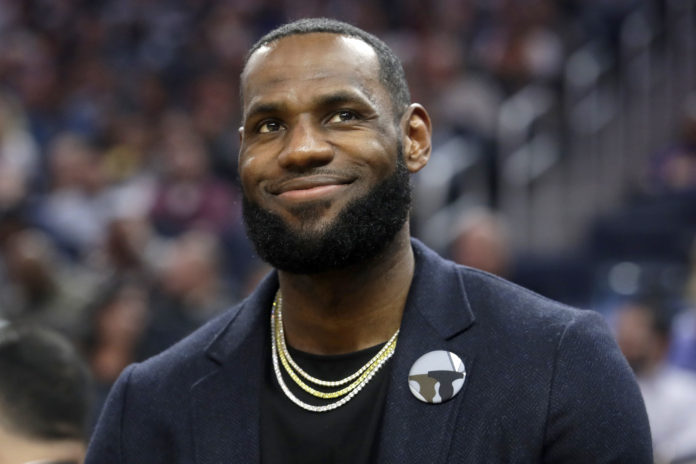 Lebron James is one of many black influential celebrities who are starting up a new group to help protect African Americans’ voting rights. The goal is to heighten the voices of African Americans in the 2020 presidential election this November, according to the New York Times.

James said in a phone interview that black voices are finally being heard. “Because of everything that’s going on, people are finally starting to listen to us — we feel like we’re finally getting a foot in the door. How long is up to us. We don’t know. But we feel like we’re getting some ears and some attention, and this is the time for us to finally make a difference.”

The NBA superstar is part of an organization called “More Than a Vote”, the group also includes current and former basketball players Trae Young, Skylar Diggins-Smith and Jalen Rose.

James said he wants to use his social media platform to raise awareness on voter suppression and bring light to the “attempts to restrict the franchise of racial minorities,” New York Times reports. He continued by saying, “yes, we want you to go out and vote, but we’re also going to give you the tutorial. We’re going to give you the background of how to vote and what they’re trying to do, the other side, to stop you from voting.”

Although he doesn’t mention President Trump by name, he did in fact redesigned the President’s slogan emphasizing America’s beauty saying, “We want to be beautiful once again.”

This isn’t the first time the athlete has done something significant off the court. James’ contestants efforts to give back to his community is something he believes will be his “greatest legacy.” He has created a school in his hometown of Akron, Ohio for children in grades third through eighth grade. He also help provide college tuition for low-income students.