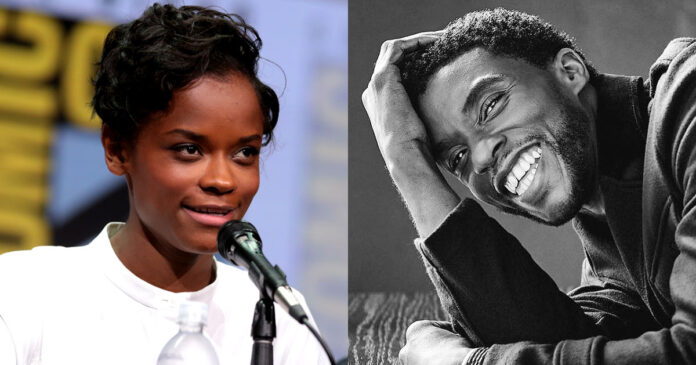 While on set filming the sequel to Black Panther 2, Letitia Wright felt the presence of her late costar Chadwick Boseman. Wright and Winston Duke, appeared at the D23 Expo and spoke about honoring Boseman.

In the anticipated sequel, Wright reprises her role as the techie little sister, Shuri, of the titular character. She expressed to PEOPLE Magazine how she felt while filming the sequel after Boseman’s death. “I will always have moments on set of doubt, and I’ll be like, ‘Oh man, I don’t know if I can do this.’ I could just hear [Boseman] be like, ‘Sister, you’re great. You got this. I’m proud of you.’ That really just kept me moving forward.”

Costar Winston Duke who played M’Baku also spoke with PEOPLE recalling his experience on set without Boseman’s infectious personality. “You don’t realize that this movie wasn’t as playful in between takes as the first one. When Chadwick was around we were rapping and laughing. It just wasn’t the same dynamic,” says Duke. “That’s one thing we can tell you: It wasn’t the same dynamic. But it couldn’t be, because it’s not the same circumstance.”

Although Chadwick Boseman is gravely missed during the filming of Black Panther 2, he is remembered fondly by fans and costars. Black Panther 2: Wakanda Forever is set to release November 11, 2022.