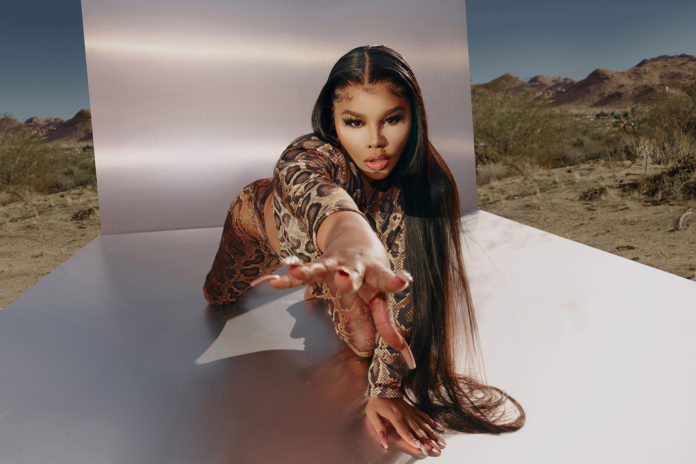 Similar to the women of the show, Lil Kim (Born Kimberly Denise Jones) also struggled to overcome a difficult childhood filled with mental and physical abuse.

“A lot of these girls’ stories are so similar to mine,” the rapper tells PEOPLE. “I wanted to come home and my dad was like, ‘Oh no, you ran away? Stay your ass in the street.’ I was doing some of those same things at a very young age. My life was that way anyway, so I was having fun, but it was dangerous.”

The hitmaker found her interest in music after listening to notable female rappers/MCs like Salt-N-Pepa, The Lady of Rage and MC Lyte. Her greatest source of insipration was Da Brat.

“She really made me want to rap. Even though our styles were so different, I felt relatable to her because I think every sexy girl was a tomboy at one point,” she says with a laugh. “It’s true. Biggie liked her as an artist and that was a girl that we both agreed on. He did a song with her and I was so mad that he didn’t take me with him to record it! I wanted to meet her. She was a real inspiration to me.”

This admiration turned into a friendship once the young star sky rocketed to fame.

These friendships not only molded Lil Kim as an artist, but as a fashion icon.

“It was always either me or Misa taking risks,” the star says. “I would either show up with the mink bikini and Misa would go, ‘Ooo, we gotta use that,’ or she would show up with a sheer shirt.”

One of Lil Kim’s most iconic looks, her MTV VMA’S Lavender Bodysuit, started as a joke among friends.

Missy Elliott made a joke about the rappers infamous nip-slips, which sparked an idea.

“My nipples used to pop out so much on their own,” she retells with a laugh. “They said something in a movie and made it look like it was planned — it was never planned. The girls used to laugh at me and Missy said, ‘Girl, your nipples pop out so much. One day, you need to just come outside with one nipple out.”

“We were laughing, but Misa’s lightbulb went off and she just went from there.

Lil Kim’s bold and iconic style shows as a reflection in her now partnership with PrettyLittleThing. The collection, available now, is “bold, badass, and unapologetically out-there.”