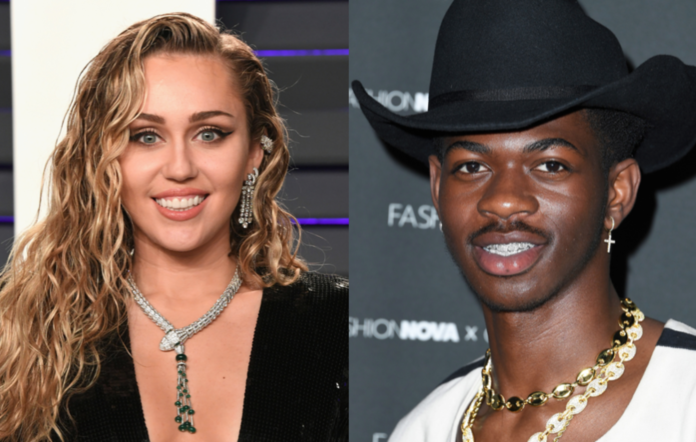 Covid strikes again! In a recent interview, Lil Nas X reveals that the global pandemic has postponed his plans to collab with Miley Cyrus.

“I had plans to work on this one song with Miley earlier last year, and then the pandemic happened,” Nas X told Andy Cohen during his appearance on SiriusXM’s Andy Cohen Live, Wednesday. “So we didn’t get to, like, meet up or anything. But, you know, maybe it’ll happen now.”

Nas X’s collaboration with Country star Billy Ray Cyrus, Miley’s father, became a viral hit. The No. 1 single still holds the record for the most consecutive weeks on Billboards Hot 100. The hit single stay reigned for 19 weeks in total.

Although the rapper has remained quiet about what to expect from his and Miley’s project, he did mention the last time he spoke with Billy Ray.

“The last thing that texted Billy Ray Cyrus was, like, how was he doing, maybe a month or so ago? Yeah,” he says.

Although unable to work with each other both artists continued to find their muscial muse during the coronavirus pandemic.

Later this year, the “Old Town Road” star is expected to release his debut album.