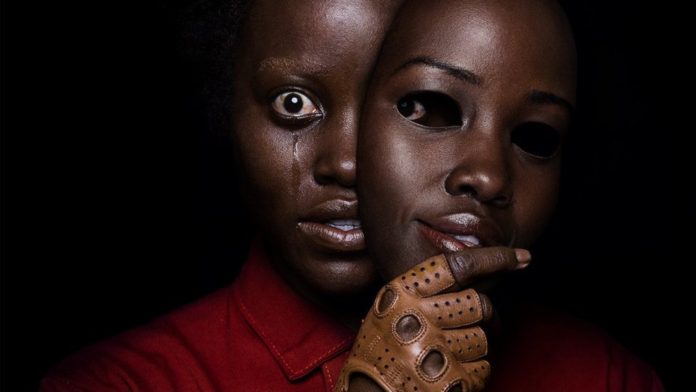 Director Jordan Peele Horror Movie ‘US’ is set to hit the theaters tomorrow but the fabulous Lupita Nyong’o’s gives us a hint to what to expect tomorrow.

What we know about the film is that Husband and wife, Gabe (Winston Duke) and Adelaide Wilson (Lupita Nyong’o), take their children to Adelaide’s family’s beach house. Adelaide has undergone some trauma from this beach house but they go to hoping to spend time with friends. This does not go as planned because tension and chaos arises when a group of evil strangers “’The Tethered’, who look exactly like them, arrive.

As Ms. Nyong’o developed her character she was instructed by Director Jordan Peele for her alternate persona to have a “scratchy voice” According to Vulture Magazine “Nyong’o adopted a voice that’s deeply unsettling.”

Apparently, the actress previously went to an event featuring attorney Robert F. Kennedy and that’s where she found her inspiration.

The New York Times shares that “Nyong’o attended a fashion event where, to her surprise, she heard a speaker whose voice she thought sounded close to what Peele was describing—The speaker was Robert F. Kennedy Jr., who has spasmodic dysphonia, a neurological disorder that causes involuntary spasms of the larynx.”

We absolutely can’t wait to see what Lupita Nyong’o’s and the entire ‘Us’ cast has in store for us tomorrow!