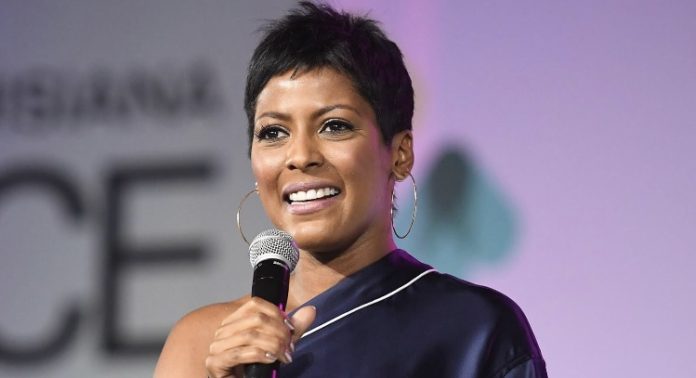 Broadcast Journalist Tamron Hall is in the process of creating her upcoming ABC talk show and the Anchor has already made it clear exactly how she wants it.

“When I came to [an early] meeting to discuss my new show . . . there were only men in the room,” she told the audience at Rolling Stone’s Women Shaping the Future brunch Wednesday. “And I had to say, ‘Sorry to tell you, but we are going to have a lot of women on staff. Sorry, but I don’t want to just talk to you men all day. We need some women in here.”

Ms. Hall also has another congratulations in order she will be having a child at 48 years old.

The response from the pregnancy was good and bad. Ms. Hall reported that she’s received a lot of support online — but she’s also received some hurtful criticism from Instagram users because of her age.

Hall’s new self-titled show premieres Sept. 9. She is truly ‘Shaping the Future’ we stand and support you Queen.