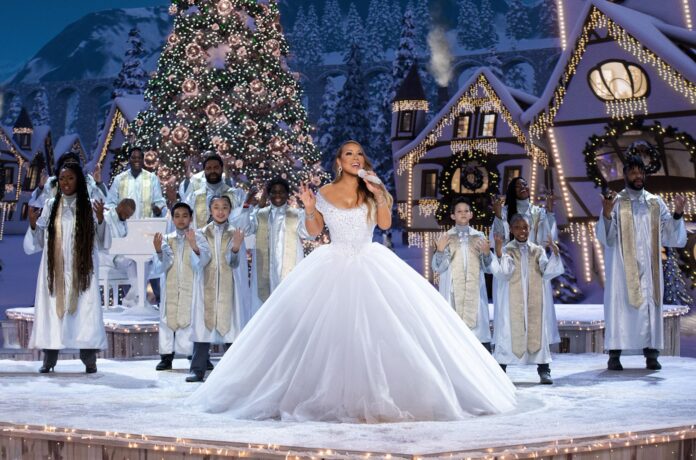 Grammy Award-winning icon Mariah Carey has teamed up with Apple TV for the return of her Magical Christmas Special. The special will be streaming globally in December and will feature a first and final performance of Carey’s new single, “Fall in Love at Christmas”. The single features American singer Khalid and legendary gospel singer Kirk Franklin.

Following the performance, viewers will be able to watch Mariah Carey’s star-spangled sensation “Mariah Carey’s Magical Christmas Special” which continues to be a worldwide phenomenon. “Mariah’s Christmas: The Magic Continues” is executive produced by Mariah along with Tim Case and several other film and music directors for Supply & Demand, a well-known production company responsible for many celebrated music videos and features.