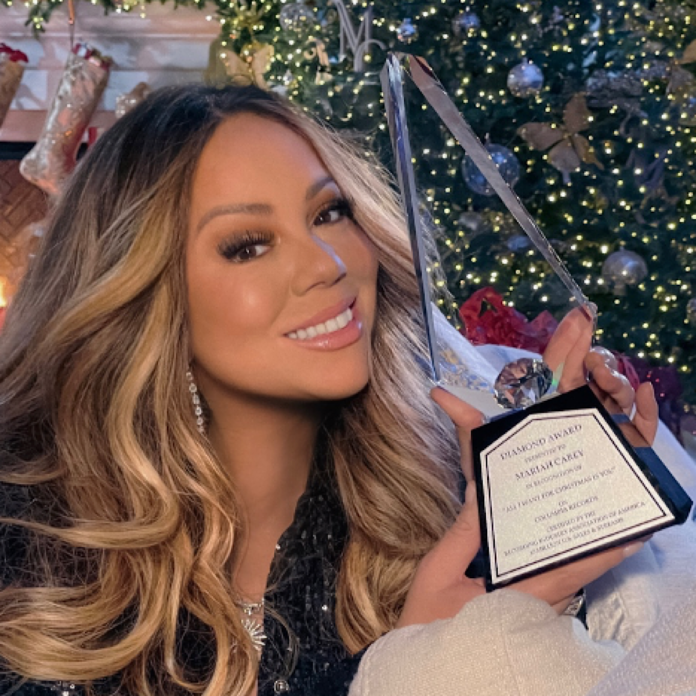 It’s holiday season which means that it’s home to have the famous hit song, All I Want for Christmas is You, on repeat while driving in your car. Although the song is a holiday tradition at this point, this year hits a little different. It has been announced the Mariah Carey’s soulful jingle earned RIAA Diamond award and has secured the #1 slot on the Billboard Hot 100 chart. The song that has brought Christmas cheer to families for years has made history.

According to the press release, All I Want for Christmas is You became the first and only holiday single to take home the RIAA’s coveted Diamond Award (in recognition of ten million sales and streaming units in the United States). “The continued love for my song never ceases to amaze me and fill my heart with a multitude of emotions,” said Mariah. “It blows my mind that ‘All I Want for Christmas is You’ has endured different eras of the music industry. The RIAA DIAMOND award?! Wowww! I’m so fortunate to have the greatest fans on Earth, my Lambily, who continue to support my legacy. I love you.”

To add to the success, Billboard recently named Mariah Carey’s “All I Want for Christmas is You” as the #1 record on their Greatest of All Time Holiday 100 Songs list. Every December the song hits the top of the charts, which has given Carey the title of “Queen of Christmas,” from President of the Commercial Music Group at Sony Music Entertainment, Richard Story. “Her Sony Music family congratulates her on breaking yet another record, and continuing to make history as the first and only artist to achieve this incredible milestone.”