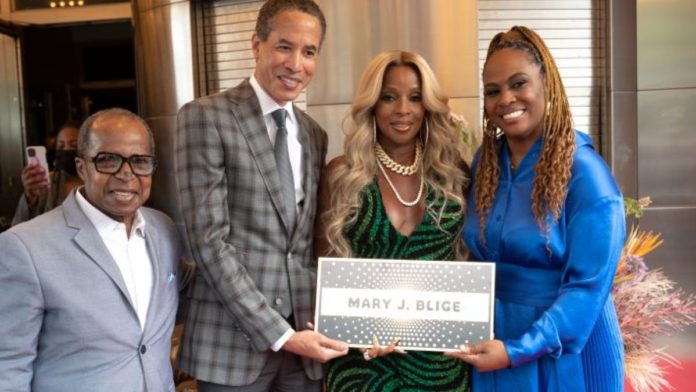 Singer, Mary J. Blige has made her name known over the years with some of the biggest and most influential hits and well, it looks like that gift has been recognized and officially stamped.

Mary J. Blige was inducted into the Apollo Theater Walk of Fame as of May 28.

Mary will be another addition to other superstars who are on the Harlem theater’s Walk of Fame, like Aretha Franklin, Quincy Jones, Ella Fitzgerald, Smokey Robinson and the Temptations.

The singer reflected on her very first performance at the venue. “My very first time performing here at the Apollo, I was not on stage as myself,” Blige said of her induction, according to CBS2. “I was on stage singing background for Jeff Redd. And from there on, it was all history.”

Mary first appeared at the Apollo, in 1992 with Showtime At The Apollo, then the theater went on to be the location where she first performed songs from her debut album.

Congratulations to Mary J. Blige on this monumental moment!