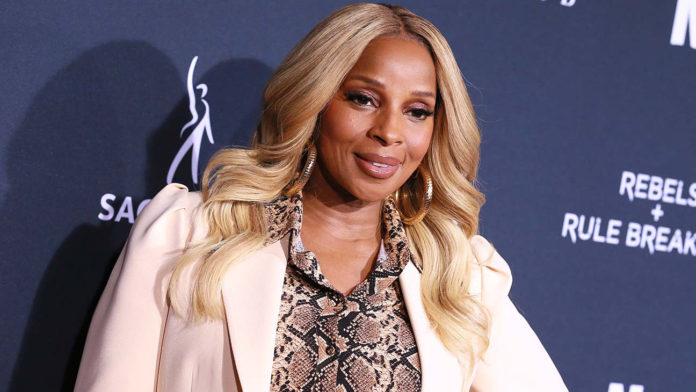 The 2021 Election is finally over and Vice President Kamala Harris made history after becoming the first Black and South Asian decent woman Vice President of the United States.

After the election win Kamala stepped on stage in style to deliver her speech as the tune of Mary J. Blige’s “Work That,” played alongside her.

Mary sat down with iHeartRadio’s Living Black show to express her initial reaction upon hearing this news!

“I was buggin’, I was so surprised because people was calling me, I didn’t know what the hell was going on. I spoke to my sister the next day, she was like, ‘Yo! Kamala Harris just came out to ‘Work That.’ I said ‘Work That?!’ ‘Work That’ which wasn’t a single. But, it was a song that I wrote from my heart. I didn’t know she was a fan. She didn’t even pick ‘Just Fine,’ she picked ‘Work That.’ ‘Work That,’ which only the fans know. So, I would say, thank you, Kamala. She is one of my heroes, for real, today.”

Kamala Harris takes the stage to Mary J Blige’s Work That after being introduced as vice president–elect pic.twitter.com/RjwcbYbN5E

During Kamala’s speech she opens up about her mother, who came to America from India at 19 years old, she says “I am thinking about her and about the generations of women, Black women, Asian, white, Latina, Native American women, who throughout our nation’s history have paved the way for this moment tonight.” She added, “Women who fought and sacrificed so much for equality and liberty and justice for all. Including the Black women who are often, too often, overlooked. Who often prove they are the backbone of our democracy.”

With an inspirational speech like that, it’s no wonder Kamala decided to enter the stage with ‘Work It’, the song mentions lyrics such as ‘They often criticize you for your skin tone/ Wanna hold your head high ’cause you’re a pretty woman/ Get your runway stride on and keep going/ Girl, live your life.’

Definitely a beautiful moment for both women!