Home Headline Mary J. Blige Says She “Just Sang” To Get Through A Rough... 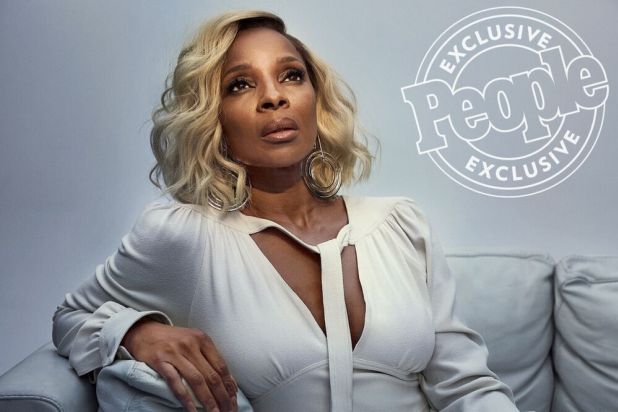 Blige was born and raised in the concrete jungle of New York and shares the experiences she had while growing up. In honor of Google Maps 15th Anniversary, Blige teamed up with the web mapping service to show some insight on where she was raised. As she opened up, she also shared some of her favorite spots including restaurants, clubs and iconic landmarks. It goes to show no matter her level of accomplishments and fame she will never forget where she came from.

Blige shared with us some of her favorite places in her home state starting in Brooklyn. “Brooklyn Chop House, which is at 150 Nassau Street and owned by one of my really good friends Don Pooh, is one of my favorite restaurants,” Blige stated. “It’s an Asian-fusion cuisine steakhouse and it’s amazing, all the food is really good. My other favorite is Nobu, of course,” the 49-year old singer stated.

Blige has several memories she could share of her home, however she says it wasn’t always easy growing up. “Growing up in Yonkers was very, very hard but we had to make fun to make it easy so it was good and bad.”

Blige told PEOPLE that singing became her go to outlet during tough times. “I sang a lot. I just sang. It made me feel better. I’d wake up in the morning singing and go to bed singing and it just made me feel great”, she recalled. “What made it hard was the environment,” Blige told PEOPLE. “It was a lot of people hurting — trying to survive and the environment was just terrible. That’s all I can say. Everybody did what they had to do to survive.”

Blige did exactly that, survived. She earned 30 nominations including 2 Oscar nominations along with multiple accolades. As a matter of fact, she states, “My Life” is one of the “most important records” of her career. “It’s definitely one of the most important, and it’s one of my favorite songs ever sampled which is Roy Ayers’ ‘Everybody Loves the Sunshine.’” The album’s success shocked her she shared. “I didn’t know what that was gonna do,” Blige added. “I had no idea.”

Mary J. Blige has been in the game for many years and has made a staple for herself as a top R&B singer. All though many things have changed, we still get the around the way girl who sang in her bedroom at night.