Home Headline Maya Angelou Makes History as the First Black Woman on the US... 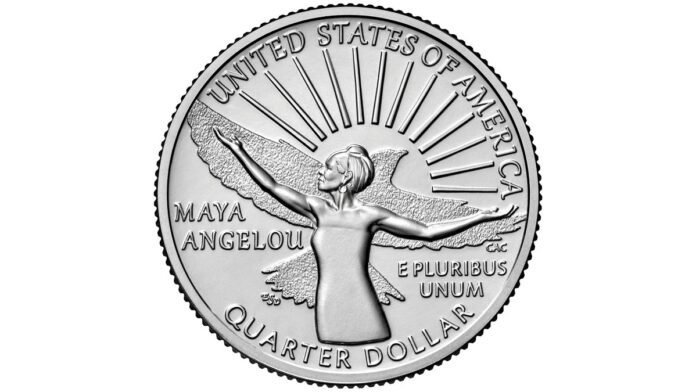 Maya Angelou is one of four women featured on the new US Quarter coming in 2025. The US Mint announced the rebranding of the quarter on Monday as part of the American Women Quarters Program. The late civil rights activist and poet will be the first Black woman on a US coin.

Other prominent women in history like Sally Ride, the first American woman in space, and Nina Ortero-Warren, Women’s Suffrage advocate, will also be featured on the new quarter.

According to Essence, members of the Senate highlighted Maya Angelou’s and the other women that will be featured accomplishments. “Maya Angelou’s writing and activism inspired countless Americans and her legacy helped fuel greater fairness and understanding across our nation.” said Senator Catherine Cortez Masto. House Representative Barbara Lee said, “I am proud to have led this effort to honor these phenomenal women, who more often than not are overlooked in our country’s telling of history.”