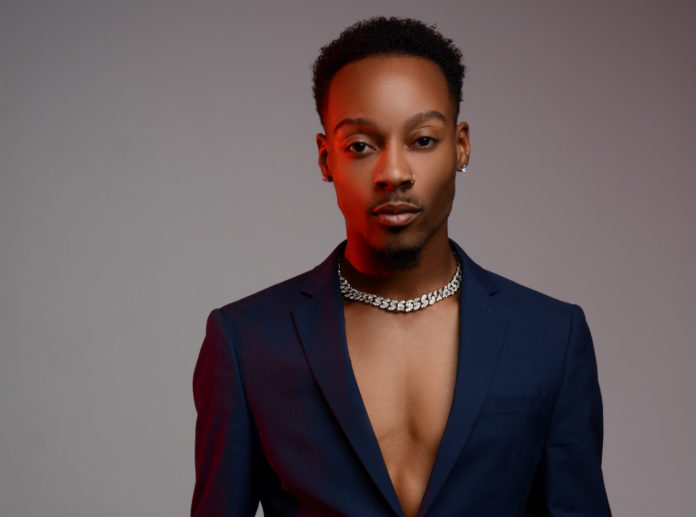 JaGurl TV sat down with singer, actor, and dancer KriSean Woods. As an up and coming artist, KriSean is originally from Rome, Georgia and currently residing in Atlanta.

Woods refers to him self as a ‘jack of all trades’ as he breaks down exactly who KriSean Woods is. “I’m an R&B singer, I’m an actor, I dance, I do it all. Jack of all trades.”

Woods is pretty fresh into the music industry as he launched his journey into music back in 2020 though he has been singing, dancing and performing since the age of 7. “I’ve always had it in me, I just sat it to the side for a while because I was doing more so acting and modeling.” he continues “But my close friends and family was telling me to use my voice, cause I love to entertain.”

Woods took a leap of faith on himself and decided to take his musical talents to the next level, “So last year, I finally took it serious and was like you know, let me put myself out there so that’s what I did and it’s been on and poppin.”

“Honestly, growing up listening to Tiffany, I kind of surprised myself with that one, but I knew I wanted to come out with a bang I just didn’t know what I was going to do just yet.”

Woods opened up about being a new artist but having no music to show for it. “I had to send like videos and songs of me singing to these artists so they can be interested to work with me, and Tiffany was one of the first ones to hit me back.” he goes on to say “And we made it happen.”

The duo began working in August and dropped a song in November of 2020 and the rest was history! Woods says “I still can’t believe I have a song with Tiffany Evans.”

With a lot of up and coming artists entering the industry, we wanted to know just what sets KriSean Woods aside from other artists entering the same profession. “I’m just versatile, versatility will set me aside. I can switch it up.” It’s safe to say we’ll never know what to expect!

Speaking of versatile, the “jack of all trades” also let us know we should definitely be on the look out for any type of music genre switch up in the future.

“Definitely going to be tapping into a lot of different genres. Ima have a lil’ dance hall, rhythm in there, a lil’ bounce in there, I might try a lil country, who knows?!” he continues “I want to be known as the artist that can do it all.”

Woods always was sure to inform us that we can be expecting an EP with different vibes for all audiences to get into and gaining that feedback!

The world should definitely be on the lookout for KriSean Woods and his musical talents. Keep up with him on all social media platforms @KriSeanWoods.