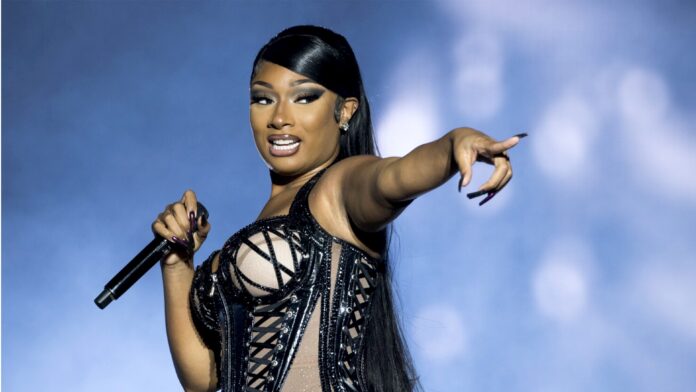 Grammy Award-winning artist Megan Thee Stallion sees herself as more than a female rap artist. After confirming her Marvel debut on the new series, She-Hulk: Attorney at Law, the Traumazine artist is open to taking her career to the next level beyond music.

She recently made her acting debut on P Valley as Tina Snow. While working with J. Alphonse Nicholson who plays Lil Murda on the series, praises her talent. “You could see her in a period piece, whether she’s playing someone in the 1960s trying to come up and make it, or in a futuresque sci-fi film and she’s out here whooping ass and fighting on some Marvel stuff. I think she could bring it all to the table just because she has that glow.”

In the interview, the known Hot Girl shares how she would want to play Gabrielle Union‘s Bring It On character Isis for a reboot. “I would be perfect for that. If they were ever to make a new Bring It On, I should be that character.” Although the Plan B artist has made a name for herself on the Billboard charts, other artists are eager to see where she takes her career.