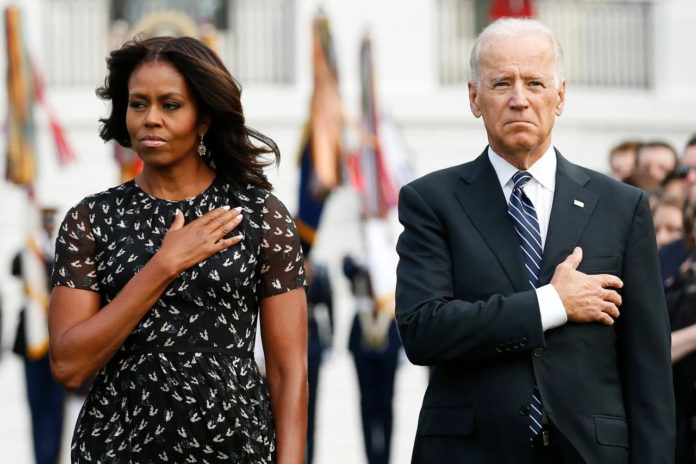 The days are closing in and we are getting super close to the 2020 elections (27 days to be exact). More than ever we are having events take place that will shape the course of American history. Former First Lady Michelle Obama took to Twitter and Instagram to share a final message to voters ahead of Election Day, and she’s encouraging them to put their faith in Sen. Joe Biden.

In her remarks, she addressed his recklessness of the president after being released from Walter Reed Hospital following a COVID-19 diagnosis.

“Seven months later, he still won’t wear a mask consistently and encourage others to do the same, even when those simple actions could save countless lives,” she said of the president. “And yet, even in the face of all this incompetence, Americans keep digging deeper, finding new reserves of strength, doing whatever it takes to get through this.”

She made it a priority to remind the American people of the power they have during this election.

Mrs. Obama ended the speech on a high note by saying, “[R]ight now, we’ve got a chance to start getting things back under control, to restore some stability and integrity and soul in this country,” she said. “It is in our grasp…But only if we vote for Joe Biden in this election.”

Watch the full video below: