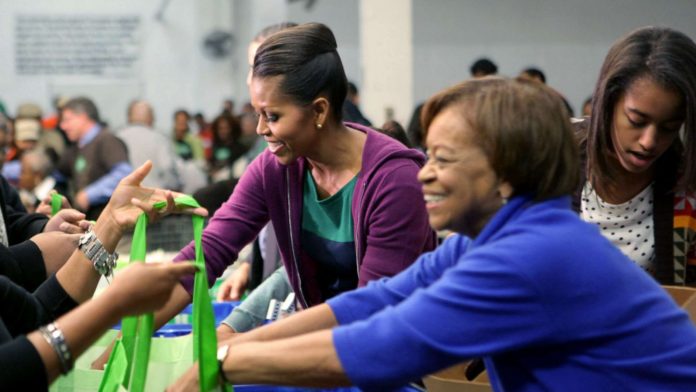 Former First Lady Michelle Obama has partnered with Healthier America to launch a new campaign that fights hungry across the nation.

According to Good Morning America, the campaign is in conjunction with Obama’s new Netflix series ” Waffle + Mochi.” Netlfix newest children’s cooking show aired this past Tuesday.

The campaign titled, Pass the Love with Waffles + Mochi’s goal is to fight food insecurities amidst the ongoing pandemic.

“It’s no secret that the pandemic has made this a tough year,” she states. “We want to make sure that no matter where you live or how tight your budget, you can access good food for your family.”

Through partnerships and donations, the campaign will raise funds to create and distribute meal kits. Genuine Foods will create these meal kits.

“Each box will include high-quality ingredients, and easy, replicable recipes to create three family meals that are fun, fast, and affordable,” the campaign’s website states. “All recipes will be inspired by or features in Waffles + Mochi and will support children participating in the cooking process and earning ingredient badges.”

You can support the campaign by donating here.