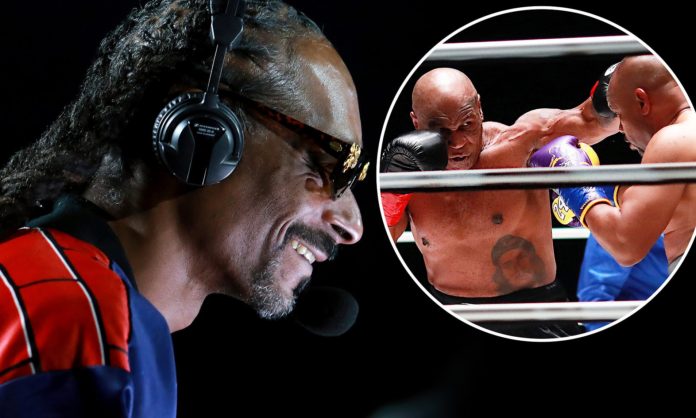 Rather than, the standard three-minute rounds the two legendary boxers showed cased their extraordinary skills over eight, two-minute rounds. The two were judged remotely by three former champs; Chad Dawson, Christy Martin, and Vinny Pazienza. According to People, these three judges focused on judging the fighter’s techniques, style, defense, effectiveness of punching, and aggressiveness.

After the fight, Tyson agreed to the terms of the draw. He expressed that his focus was to entertain the fans. Jones, winded by his opponent’s strength, was a little less pleased with the results.

Despite the announcement of a draw, many viewers took to Twitter to express who they believed won.

The CompuBox posted their own stats, which depicted Tyson as the winner.

Regardless of the mixed views on who in fact won the matchup, viewers agreed that Snoop Dogg‘s hilarious commentary stole the show.

Social Media declared the rapper’s humorous commentary describing each round the highlight of the match up.