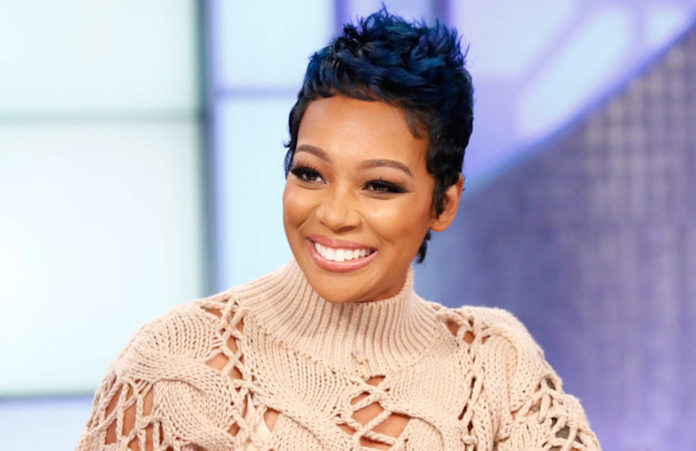 Monica stopped by The Breakfast Club and had some real genuine conversations filled with laughter. She discussed being a mother raising her children, relationships, and more.

The interview began with Monica describing the surgery she had on her foot, and her having high blood pressure due to it being hereditary in her family. To speak about family, The ‘So Gone’ singer is known to be all about family and loving her kids. She began to discuss how she raises her kids.

“My sons straight up and ask questions about everything” Monica said, going on to say that she doesn’t hide real life situations from her kids, “I teach them, I tell them the truth, I use it as teachable moments because I think the biggest mistake we can make is feeling like ‘Oh they’re just not old enough’ or ‘We’ll get into it later on’”

The singer went on to ask when is later? Referring to how kids these days come in contact with a lot of things in school such as different types of music, adult things and more. Monica makes sure she stresses the importance of things to her kids, and why things are the way they are.

The GRAMMY Award winning artist also discussed relationships, after piggybacking off of telling the meaning of her hit single ‘Commitment’.

“I’m a girl who likes being committed. I enjoy being with one person”

After explaining why she likes committing to one person, and how the process of creating her single ‘Commitment’ was like, Charlemagne went in to ask ..

“So how did Shannon Brown f—that up?”

The singer explained that it might’ve been that life got the both of them at times.

“But one thing about me is, I’m gonna respect him to the death though because he didn’t do anything per say .. I don’t hate him” Monica stated

“Yea, I don’t hate him” The singer said once I again.

You can watch the full interview below.