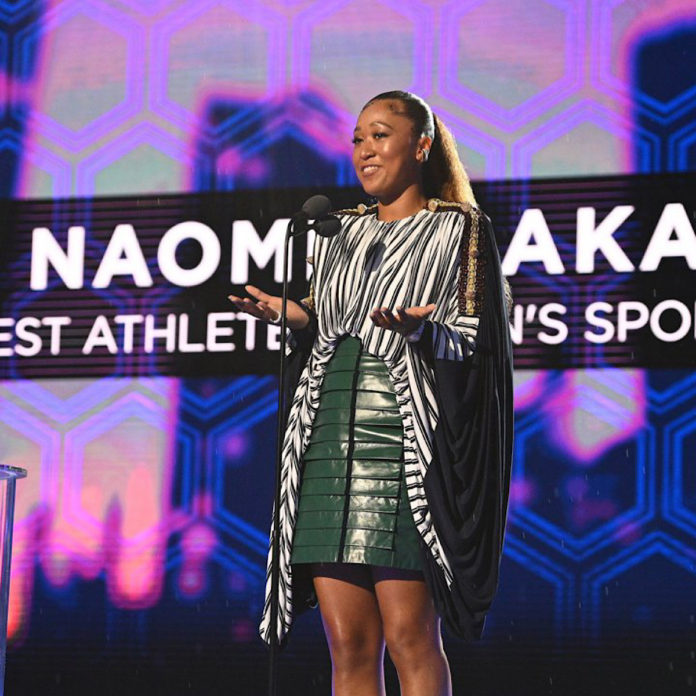 On Saturday, July 10 at New York City’s The Rooftop at Pier 17, athletes from all around attended the ceremony for the 2021 ESPY Awards. The awards are aimed to recognize individual and team athletic achievement and other sports-related performance during the calendar year preceding a given annual ceremony since 1993. Some of the guests included Tom Brady, Nikola Jokic, Connor McDavid, Lewis Hamilton, Drew Brees, Lebron James, Rob Gronkowski, and so many more. Today we put a highlight on our favorite mental health advocate, Naomi Osaka.

The 23-year-old tennis star won the award for Best Athlete in Women’s Tennis. She has worked extensively to stay on top in her field even after the rough year we all had. “I know this year has been really…tough for a lot of us,” she said, per People. “For me, I just want to say, I really love you guys and this is my first ESPYs so it’s really cool to be surrounded by all these incredible athletes. I think all of you guys are really cool and I watch some of you on TV, so it’s really surreal to be here. Thank you so much, and I really appreciate it.”

This award came as a plus after the star was fined $15,000 after deciding to not engage with the press at the French Open in order to protect her mental health, according to Teen Vogue. This decision has resulted in a wave of support from fellow athletes like Michael Phelps, Steph Curry, Novak Djokovic, also public figures Michelle Obama and Meghan Markle.

The support also poured out after she expressed her feelings in a powerful essay for TIME magazine. “In any other line of work, you would be forgiven for taking a personal day here and there, so long as it’s not habitual,” Naomi wrote in her letter. “You wouldn’t have to divulge your most personal symptoms to your employer; there would likely be HR measures protecting at least some level of privacy. In my case, I felt under a great amount of pressure to disclose my symptoms—frankly because the press and the tournament did not believe me. I do not wish that on anyone and hope that we can enact measures to protect athletes, especially the fragile ones.”