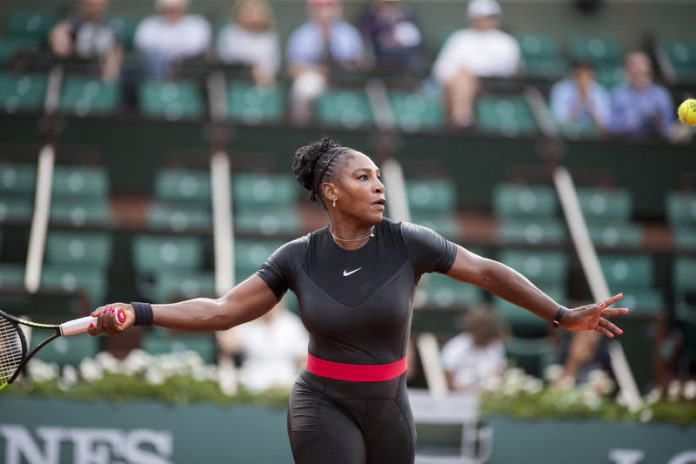 FIND OUT WHY INSIDE!

Serena Williams has conquered many battles that have tampered with her life, questioned her ability as a professional tennis player, and now, challenged her fashion choices. Bernard Giudicelli, president of the French Tennis Federation, has introduced a dress code at the French Open, thus prohibiting Serena’s catsuit. As Williams mentioned to reporters, the outfit makes her feel like a “warrior princess…from Wakanda.” It also serves to keep her blood circulation going after she developed blood clots following the birth of her daughter in September of last year. Regardless, Giudicelli cites his reason for banning the garment as follows: “One must respect the game and the place.”

There is some speculation that the new dress code is a result of racial bias. As an outlier in her field, Serena has experienced an overwhelming amount of backlash from national tennis associations, due for the most part, to her race. In July of this year, Serena took to Twitter to express her frustration of being the player with the highest amount of “random” drug tests to complete.

Just recently, Serena made a public statement about the newly instated dress code affirming that she and Giudicelli have a “wonderful relationship.” She also went on to say that since the French Open she has employed alternatives to the catsuit in order to maintain her health while competing. Nike has also released a statement via its Twitter page. The tweet is a picture of Williams at the French Open with a caption reading “You can take the superhero out of her costume, but you can never take away her superpowers.” Nike’s response is a direct reference to Serena associating wearing her one-piece with being a Wakandan princess.

This incident with the catsuit is unfortunately not the first, nor will it be the last. Luckily for Serena however, she maintains a positive attitude even as her integrity is tested time and time again.

Let JaGurl TV  know what you think in the comments !