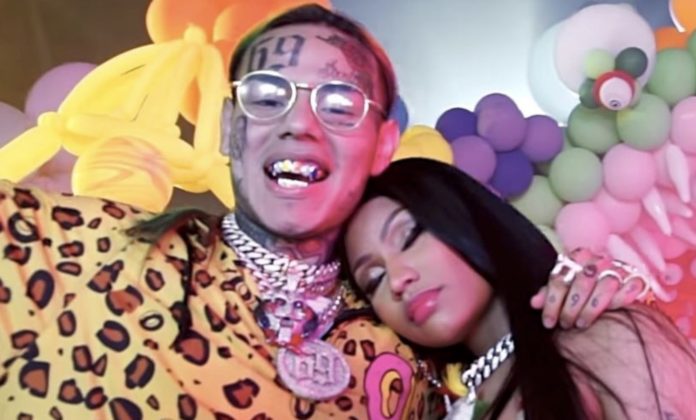 It has been reported that Tekashi 6ix9ine‘s new single, “Trollz” will be released this Friday, June 12. After weeks of speculation, it has now been confirmed that the 24-year-old rapper will be teaming up again with Nicki Minaj for an out of this world feature.

The two New York artists previously collaborated on “MAMA” featuring Kanye West and “FEFE” which topped the charts for weeks. This new single “Trollz” is set up to have a bigger impact thanks to their collaboration with The Bail Project Inc.

The Bail Project Inc., originally created in Bronx, NY, is a non-profit organization that provides free bail assistance to low income individuals. Nicki Minaj went to her IG and said, “A portion of the proceeds from #Trollz including merch items, will be going directly to The Bail Project Inc. The fund provides free bail assistance to low-income individuals who can’t afford to pay bail while awaiting their trial. We want to protect and support the thousands of brave people working on the front lines of social justice, using their voices to demand AN END to the targeting and killing of Black Americans by the police. #BlackLivesMatter link in bio to Pre-save #TrollzVIDEO tmrw @ midnight 🎀🦄🌈🌈🌈🌈🦄🎀 NickiMinajQueen.com”

These donations are contributing to the #BlackLivesMatter protests going on around the nation.