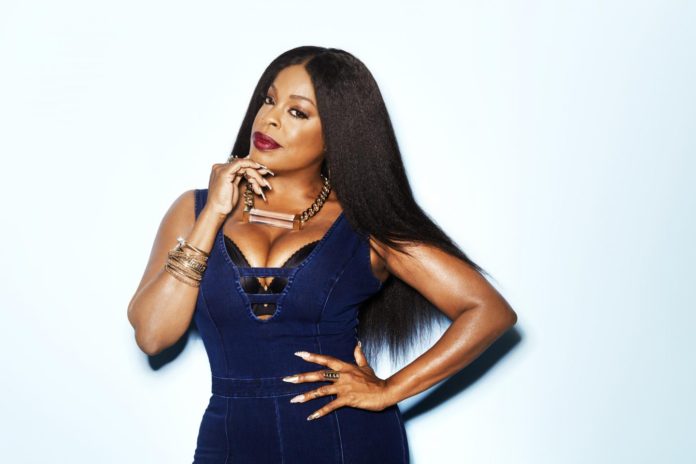 FIND OUT MORE DETAILS INSIDE

Actress Niecy Nash accuses luxury brand Veuve Clicquot of racism after her VC Polo Classic invite was revoked. She was invited by socialite and entrepreneur Ashlee Margolis only to later be told she was no longer invited because she was the wrong caliber of guest. Nash took to social media to blast the champagne brand feeling that the reason she was uninvited was because she isn’t white.

Niecy Nash is a well known comedian, model, actress, and producer with 2 Emmy nominations. Her accolades are the main reason she questioned why her she didn’t match caliber for the Veuve Clicquot Ninth Annual Polo Classic. Nash received no response from the accused party but did receive a lot of love and support from fans and other celebrities who identified with this discrimination.

Others felt Nash was jumping to irrational conclusions seeing that Veuve Clicquot has no record of racism and there is no burning evidence that ties race into this matter. JaGurl TV wants to know what you think. Is Niecy Nash valid or is race not an issue in this case, let us know what you think in the comments. 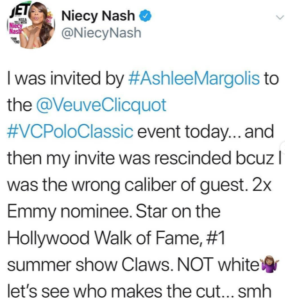 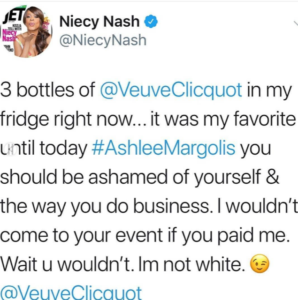