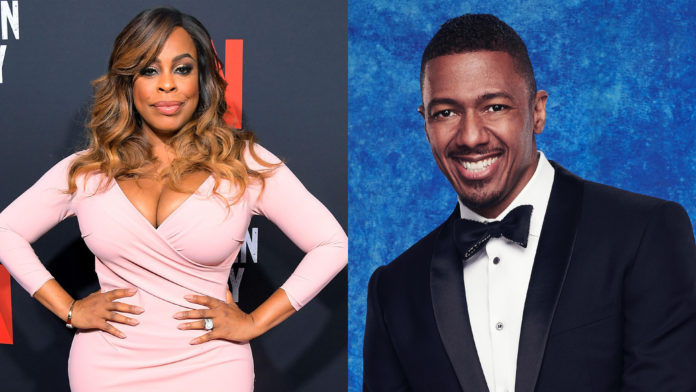 Comedian, actress, and host Niecy Nash will be replacing Nick Cannon as host for the musical show ‘Masked Singer.’

On the Wednesday night premiere Nash opened up the show with a few bombs dropped.

“They promised you game-changers this season and you’ve got your first one. A new guest host — me, Niecy Nash. Nick Cannon, I’m sending you all the good vibes. Hopefully we’ll see you later this season.”

Nick Cannon, returned for the second half of the season, but unfortunately tested positive for COVID-19 prior to the show’s filming, according to reports from Deadline.

This prompted Executive producer Craig Plestis to take extreme precaution. Therefor, back in September Plestis told the outlet that they go “above and beyond” the regulations of the CDC to ensure the safety and health of everyone involved.

Of course, the show had to go on, so the Emmy Award-winning Nash was ready to step in! Executive Producer James Breen shared his excitement for the show’s newest host.

“She had chemistry with the panel — she was just a producer’s dream,” said Breen during  Deadline’s virtual TCA (Television Critics Association) panel. “She was absolutely fantastic.”

Now there are some changes to season 5 and a few of the changes that will take place are wild card rounds are being added to the mix, featuring an undetermined number of masked celebrity singers competing. At the tail-end of the show, the unknown wild-card winner will go toe-to-toe with another masked celebrity in order to compete for the trophy at the end.

“It just adds a freshness to the whole show,” said Plestis. “It brings a whole new life to the series so we’re excited by it.”

Also, the singers’ personas will include Chameleon, Black Swan, Porcupine, Phoenix, Russian Doll and Snail, Grandpa Monster and The Piglet.

The Masked Singer season 5 premiered on March 10 and will air Wednesday’s on FOX, at 8 PM ET.