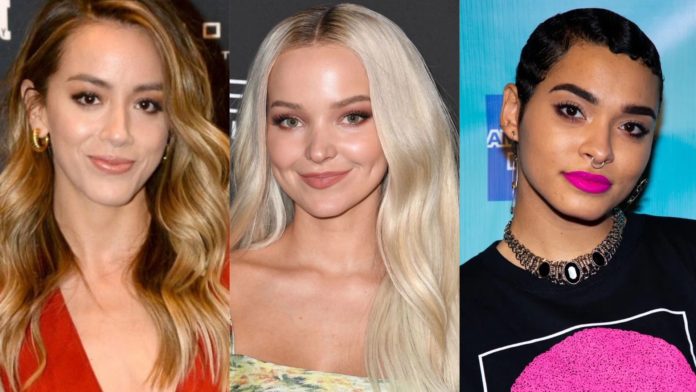 Cartoon Network has announced its casting for their live-action PowerPuff Girls; joining the cast are Chole Bennet, Dove Cameron, and Yana Perrrault.

The upcoming drama series will follow the three sisters about two decades after being childhood superheroes. Now, each in their 20s, the sisters look back on their childhood as Townsville’s savior’s with resentment. But when called into action to save the world, again, will the trio reunite?

Bennet has been chosen to play the role of Blossom. The once-perfect child out of the three sisters is now riddled with anxiety. Her repressed superhero trauma leaves her questioning her life’s purpose while long to be in control once more. Cameron will portray Bubbles, the sweetest of the sisters. Bubbles bubbly personality quickly made her one of the favorites of the group. As an adult, fully aware of her charm and good looks, her focus is on reclaiming her childhood fame instead of becoming a superhero again. Perrault will be Buttercup, the most rebellious of the sisters. Gentler than the image she projects into the world, Buttercup has spent most of her life hiding from her superhero identity. Will she risk it all to save the world?

Based on the animated children’s show, Heather Regnier and Diablo Cody will write the script incorporating adult themes.

The live-action series currently has no release date.