Home Headline Michelle Obama Named ‘Influential and Iconic’ As She Will Be Inducted Into... 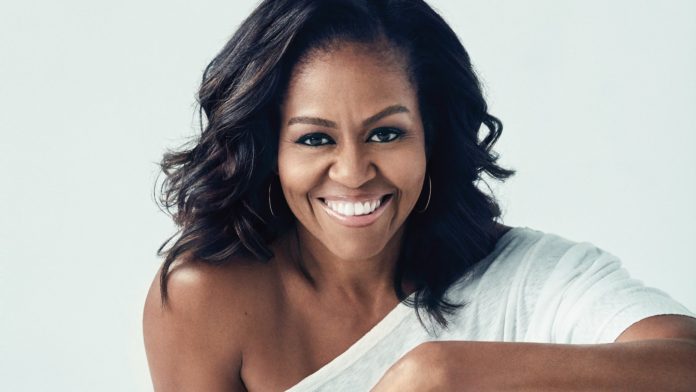 Michelle Obama’s name didn’t just stop at being first lady, she will be making her appearance to the National Women’s Hall of Fame, the organization announced this week.

The organization which is based in Seneca Falls, New York, where a historic convention on women’s rights was held in 1848 is planning to host an in-person ceremony come October.

“We will not open ticket sales until April or May 2021 when there is a better understanding of safety protocols for in-person events,” the National Women’s Hall of Fame says.

The organization called Obama “one of the most influential and iconic women of the 21st century,” noting she was the first Black woman to serve as first lady on top of her accomplishments as a lawyer, bestselling author and as an advocate for voting rights, nutrition and education.

According to People, during the hall of fame announcement Obama is greatly praised for her efforts in the community.

“Both in and out of the White House, Michelle Obama has accomplished her initiatives and so much more—becoming an advocate for healthy families, service members and their families, higher education, international adolescent girls’ education, and serving as a role model for women and young girls everywhere,” said the hall of fame association.

It’s evident Obama wants her efforts to expand outside of her term in the white house. During a sit down with Robin Roberts of Good Morning America she expressed that she sees herself now as “someone that is comfortable getting out of the way so that the next generation can take the seat that I’m sitting in.”

Michelle Obama will headline the 2021 class of women when they’re formally inducted on October 2nd 2021.