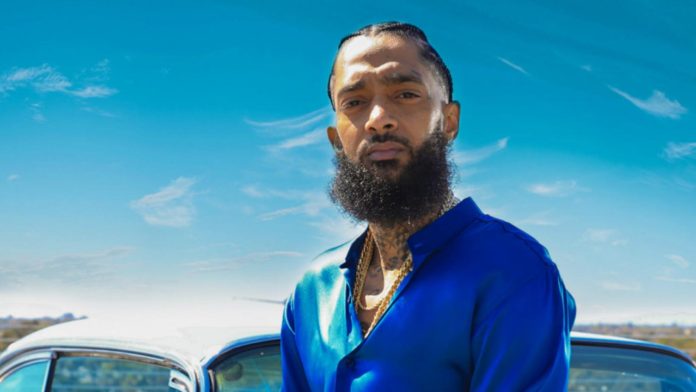 Two years following the death of hip-hop icon Nipsey Hussle, music journalist Rob Kenner examines the components of his life and legacy in a new biography, The Marathon Don’t Stop: The life and Times of Nipsey Hussle.

Kenner offers an extensive analysis of Nipsey’s Legacy. The author highlights the characteristics that made Nipsey a legend and the events that solidified his fame worldwide.

Kenner met the rapper back in 2009. In an interview with BET, Kenner recalls he “knew Nipsey was a star” after their first encounter.

Since then, Kenner has become an avid Nipsey fan. But while writing the biography, Kenner uncovered just how far the rapper’s talents took him,

“One thing that blew my mind,” Kenner tells BET. “was that Nip and Ralo Stylez did a track and that got into the hands of Afeni Shakur. She was so impressed with the track that she invited Nip, Ralo, and all the artists that were involved on the song down to perform in Atlanta at a release event of one of his Tupac’s posthumous tribute albums. Before he became a household name, he was flying out to perform with the blessings of Tupac’s mother.”

To depict the true foundation that created the legend, Kenner spoke with members of Nipsey’s family.

“I was very fortunate and blessed to speak with Nip’s big brother, Black Sam,” Kenner says. “As well as his sister Samantha Smith. I must say that the book is not an authorized biography by any means but my own journalistic account. My goal is to place him into the context of hip-hop history.”

After his passing, Nip’s fanbase and movement continues to thrive. Kenner sees that more rappers are following the Icon’s playbook regarding their career choices.

“As far as his movement, he predicted so many things that came true,” says Kenner. “With the racial tension in this country coming to fever pitch and systemic oppression against people of color, Nip was a big advocate of all those points. Also, I think more hip-hop artists are using his playbook by understanding the importance of owning their masters and not signing the first record deal that’s offered to them. In so many ways, Nip’s legacy still lives on.”

Kenner’s The Marathon Don’t Stop: The Life &Times of Nipsey Hussle is currently available on Amazon.