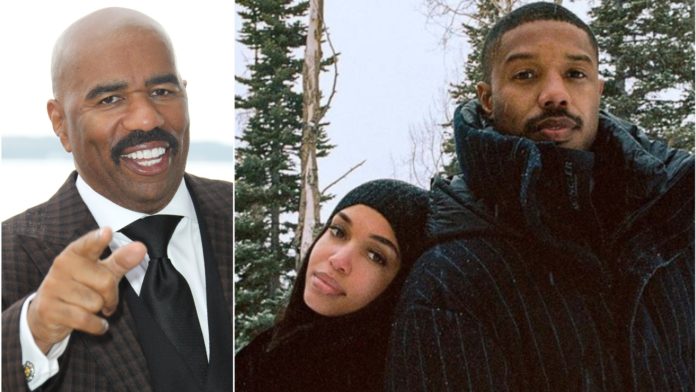 The comedian appeared as a guest on a recent episode of the Ellen DeGeneres Show. He opened up about his thoughts on Jordan dating his youngest daughter.

“You know what,” Steve says to Ellen. “I have tried not to like him. I have tried to find something wrong with him that I could dig in and go –’cause I done got rid of all of ’em. All of ’em. Some of them snuck in the back door on me and last a lot longer than I wanted it to.”

“This guy is such a good guy, man,” Steve continues. “He is one of the nicest guys. I’ve met his father. I’ve sat up with him, we’ve talked for hours. I just can’t find nothing wrong with him!”

“I hope it lasts,” Steve adds.

DeGeneres mirrors Steve’s view of Jordan, explaining how he reached out to her to help plan a romantic date with horses for Lori.

Since going public, the couple has even vacationed together in St. Barts. For Valentine’s day, Jordan surprised Lori by renting an entire aquarium for an “under the sea” romantic dinner.