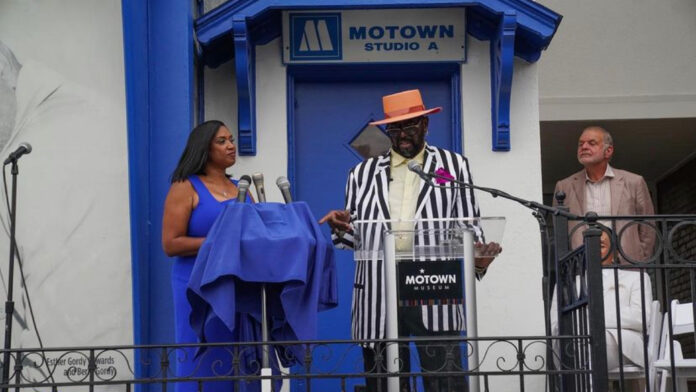 An iconic piece of music history is now a part of the Motown Museum in Detroit, Michigan. Dr. Otis Williams, member of the 60s and 70s soul group The Temptations, donated a 5 headed microphone that is featured in their past performances.

The five headed microphone was unlike any other. During performances, The Temptations performed with this remote controlled mic that would appear in front of the group during their sets. The unveiling of Motown’s latest historical artifact took place at the iconic blue and white studio located in Detroit, Michigan. Otis Williams along with Robin Terry, Chairwoman and Chief Executive Officer of the Motown Museum presented the donation.