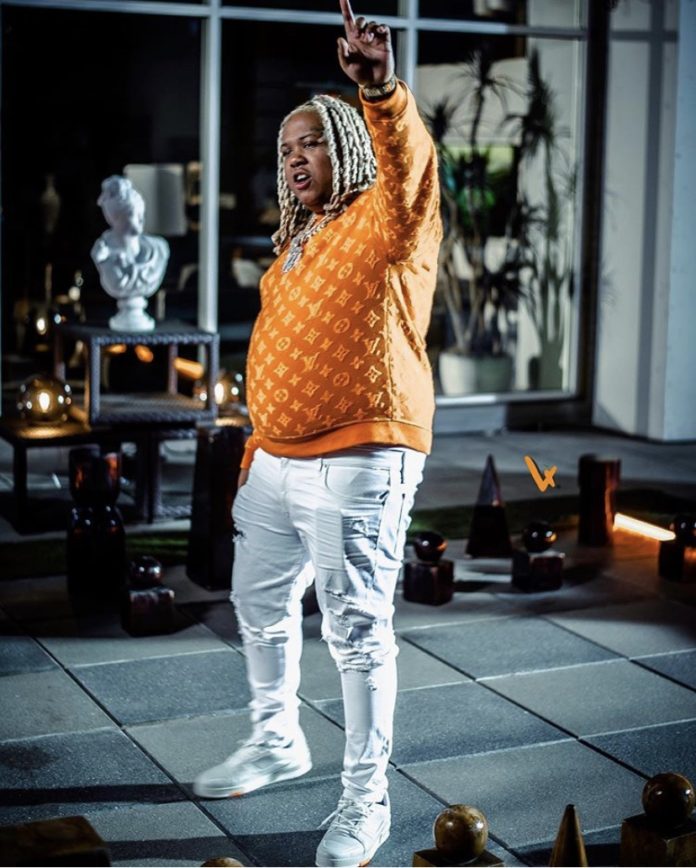 Atlanta’s known rapper PopLord, formerly known as Yakki is quickly taking the rap game by storm. As a guest on Southside DASH Radio Show “The Jawn Joi Show”. Atlanta’s rapper PopLord gave us the exclusive interview and insight on upcoming projects and more. As an ice breaker to get the interview started, Joi the host on “The Jawn Joi Show” wanted to clear the air for the fans and anyone injuring about PopLord changing his name.  When asked about the name change, PopLord proudly stated “It was time for it, I feel like it was time for it! Right before everybody take off a couple of OG’S from the city changed. Meathead went to Future, Titty Boi went to 2chainz, and then you know Yaki went to pop. It’s just like the take off! The up up!” 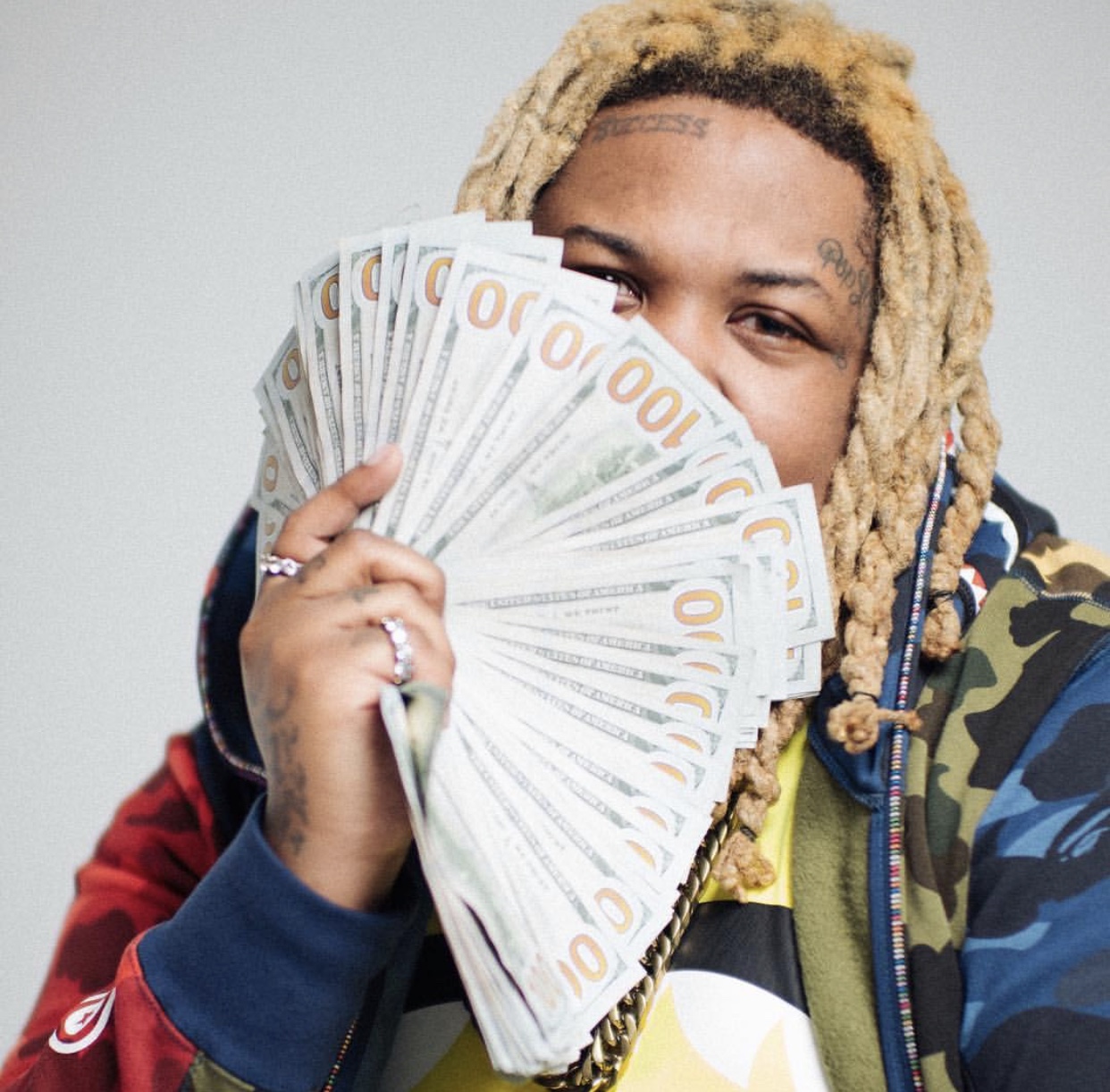 The name change was something that PopLord felt needed to happen being that the name PopLord had a special meaning to him:

“Yakki I feel like people knew me from Trill Love, Flex God, Trenches, the song with 21 Savage, Gang Gang. It’s just like its kind of had a limitation on it, but Yakki my real name in the first place so it’s kind of like I didn’t even really have a rap name. I was just going by my real name. the PopLord name I came up with, I don’t know I was geeked up in the trap. I felt like PopLord didn’t have any limitation to it, everybody knows I done wrote for everybody, I done did this with different kind of music. I needed a name that I can just put out anything I wanted to put out and it will still go and won’t look funny. It ain’t too street or too pop! It’s universal!” 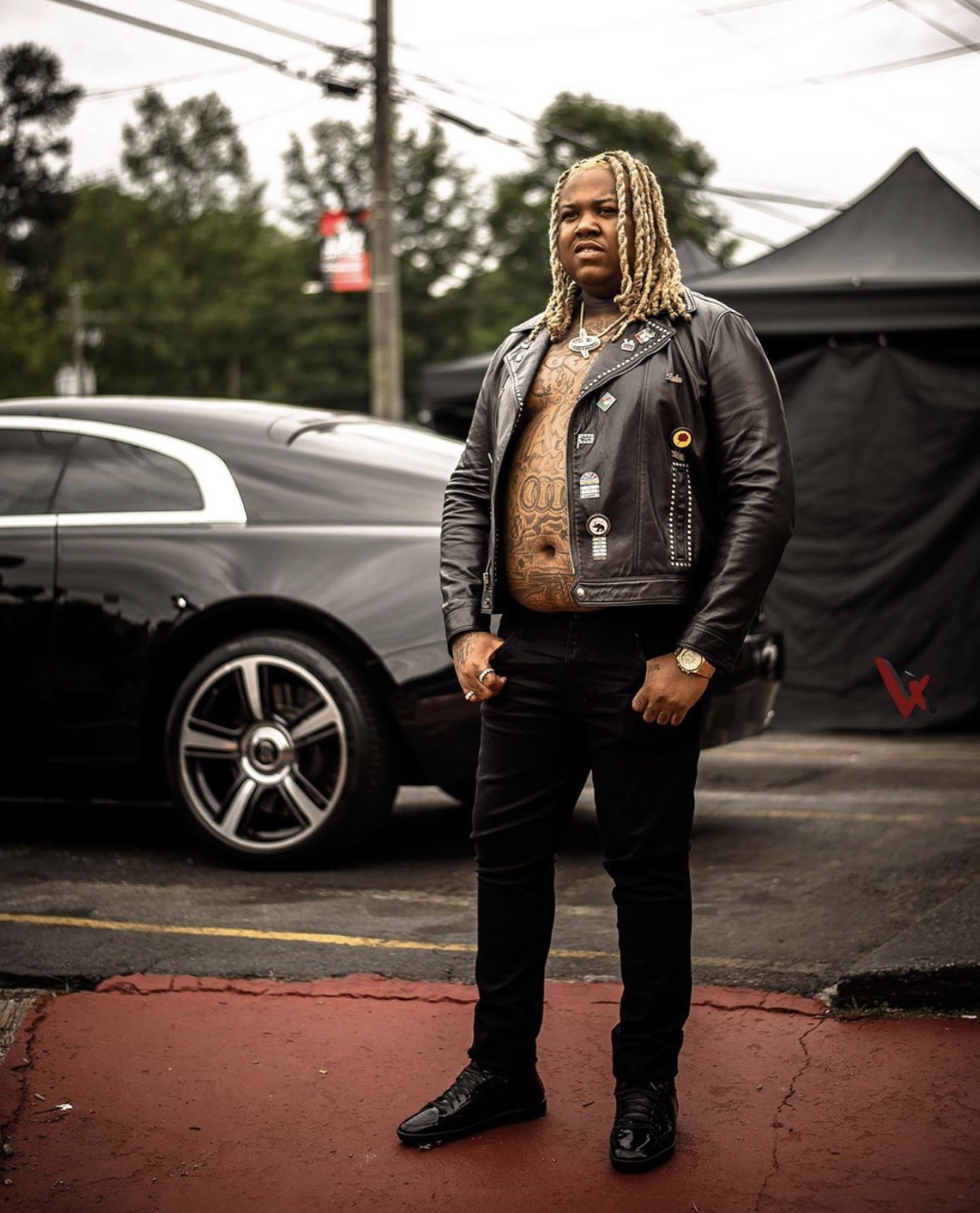 Born and raised in Atlanta, PopLord was able to give some insight on the different zone’s in the Atlanta area. He advised not to worry about not knowing the different zones and schooled us on zone 4 where he is from. PopLord listed some great artist who was from Zone 4 such a “OutKast, Rocko, Polo Don, Lil Baby” and more. According to PopLord. “All the drip comes from the 4, and its easy coming from the 4 because you already expect it to be hardest it’s gonna be by just coming out of the four, so it’s like no let downs. Everybody that came out the four is still rich to this day and are classified as greats”. 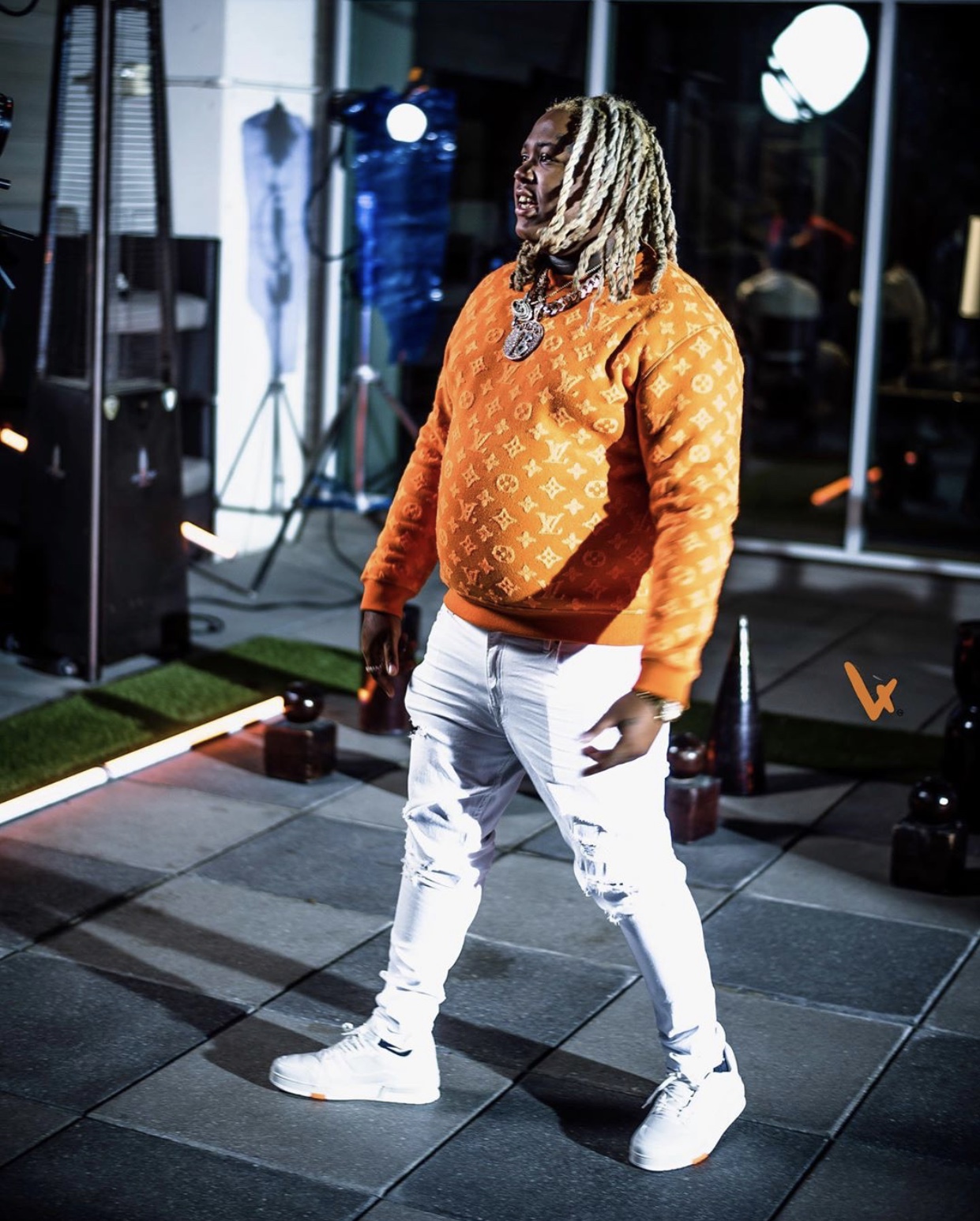 Dropping all the jewels and insights, PopLord’s inspirations came heavy from the south:

“My inspiration coming like I said was Outkast, I was hands on with the dungeon family, Rico Wave, Ramon, Sleepy. Just hands on with Future. Just everyone from the 4, Rocko I feel like just really brought swag to Atlanta. He was really the one who brought the designer gang to the tippy top of Atlanta. You know what I’m saying, n-word wasn’t even talking about shoes matching the hat with the bag and the shirt match the watch. Rocko really came with the swag and lingo, that’s what really put Atlanta on for me. Just being in the footsteps of them. I f-word with Drake, Wayne, and whole bunch of other people”. 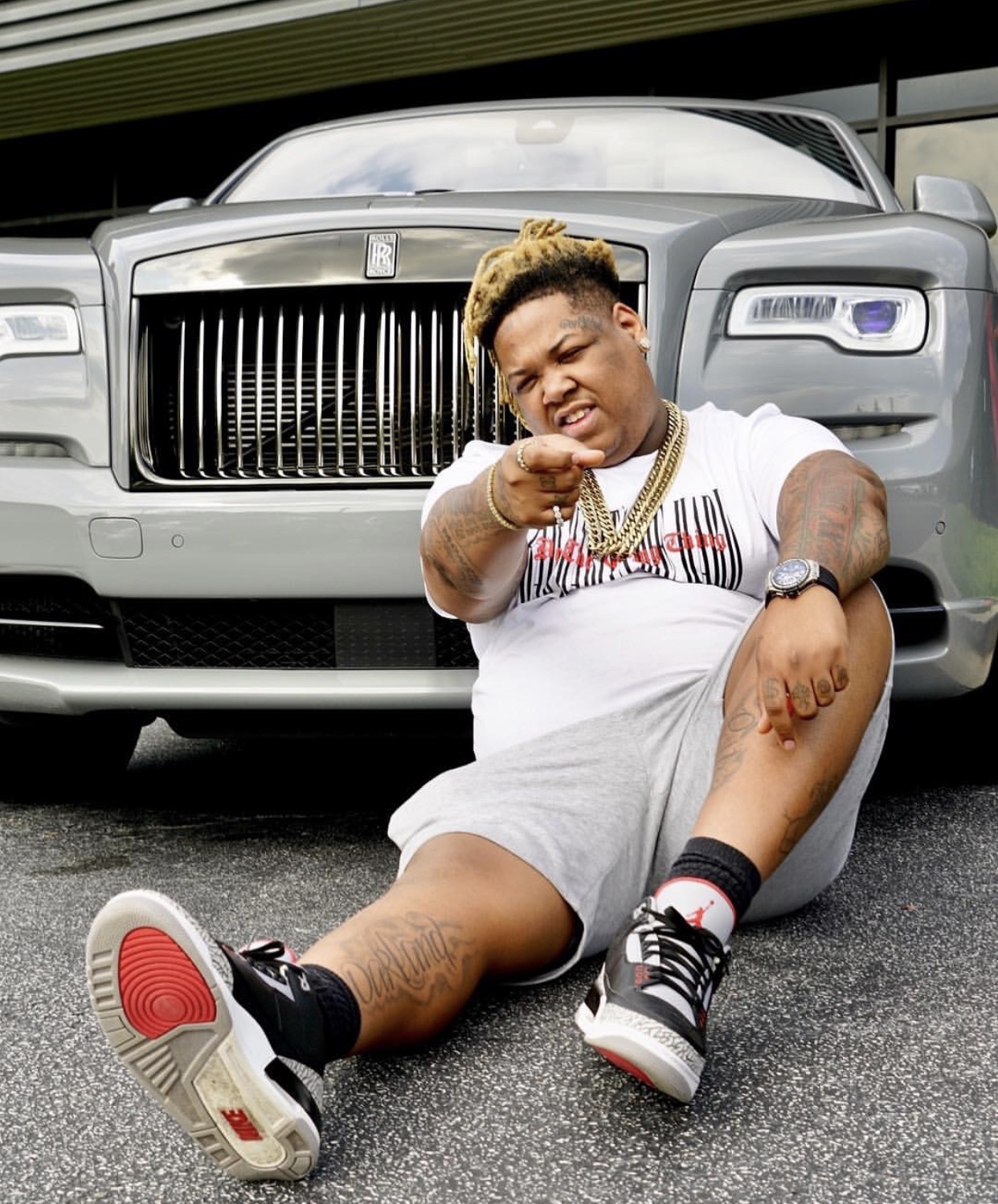 PopLord also mentioned he listens to different types of music to be able to write and create music for other artist which allows him to tap into his craft. He also stated “all hits are make you feel good music”.

With influences on many careers in the city of Atlanta, PopLord talks about his process on the steps he took when he had to put his music on the back burner to help artist all the way until now, focusing on his own music. PopLord stated “at first it was a struggle but it gets easier as it goes, and then come to find out when you’re a writer you have more access to all the artist but when you are an artist it’s like more of a competition. Like by helping someone out it is a hand in hand situation. Like ight ima do something for you and when it’s my turn, it’s like a trade for a trade. Also, being lowkey for a year to two half years, loading up the hard drive, building the catalog, and then messing with different artists and just helping them go up. So, when it’s my time it will be all love, no hate.

To get more insight on PopLord make sure you go follow him on all social media platforms and go check out his new single “Call Me Daddy” featuring Lil Baby. He is definitely an artist and writer on the raise to put his city on the map.