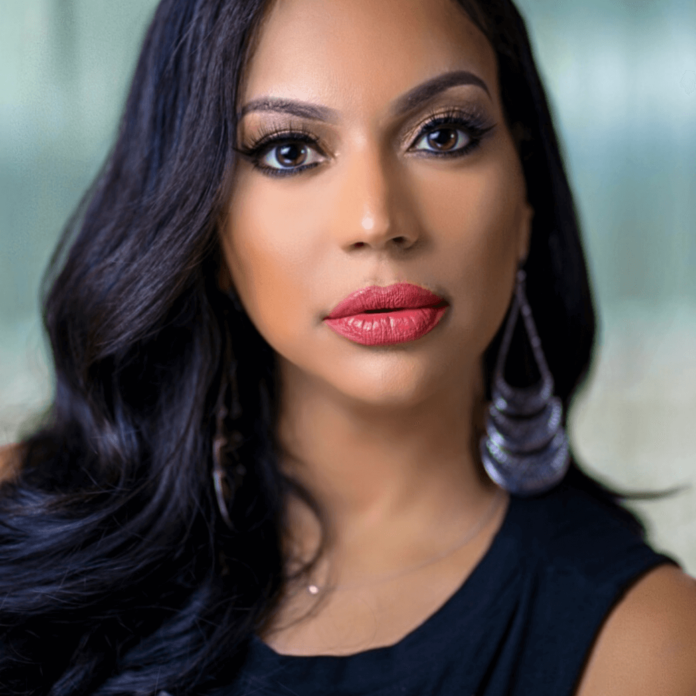 JaGurl TV caught up with breakout television star, Devyne Blessings, for an exclusive interview about her time on OWN’s reality dating show, Ready to Love. The series is a unique twist on a typical dating show as it highlights men’s perspectives and experiences on their search for love in Atlanta. Season 2 of the series brought new daters to the field who are looking for intimate connections in a big city. Devyne come in as a cast member during the season, proving that you can be classy and witty to be able to win the game. Lets dive deep into the parts of Devyne’s life that viewers didn’t get a chance to see.

Devyne, originally from the DMV area, has an energetic and charismatic personality that was very engaging to the 10 eligible bachelors on the show. “I was taking a brief hiatus on dating for a while after getting out of a long term relationship. At the time I was approached with the opportunity to do the show. I had realized I was ready to get back into the dating scene and ironically enough I regularly get approached by men when I am out, so I figured that this would be a great opportunity where I would be forced to step out of my own box because I am not really aggressive when it comes to dating,” Devyne explained as to why she was interested to be on the show.

In the heat of the season, Devyne ended up in a love triangle as she competed against nine other bachelorettes. In an environment where you have to fight for your love, we speculated if she created a strategic plan to win. “I was transparent and I moved in the show the way I do in real life. So I really didn’t do anything different.” She continued by saying, “There wasn’t really any lessons learned because I continued to be myself. It was an uncomfortable experience being with the person you’re dating and you’re watching them date other people as well. I didn’t have a strategic plan because it wasn’t a game to me. A couple of people went into this thinking ‘it’s just a game and I’m just gonna play it.’ but I went in there truly hoping to meet someone.”

The show is based on a contestant voting system inspired by the connections contestants make with each other. Contestants will vote to keep each other on the show as their curiosity drives them to get to know other participants. Devyne believed that not playing the game like everyone else would in the end hurt her chances in finding love. Despite her doubts, she was able to make a connection with “An awesome guy” that she is still dating today. Her love interest was a great result of a new experience, but Devyne makes it clear she would be a lot more mindful if she was to do another reality show. “As long as I can have control over my own narrative, which really doesn’t happen. Now that I have the experience I would do things differently the next time around.”

Prior to the show, Devyne was living her life in Atlanta as a eligible career woman in her 40s trying to maneuver her way through the dating scene. “It is TRAGIC! Dating in Atlanta at any age is easy, finding a serious relationship is very difficult.” She continued saying, “With my demographics, most men over 40 are either fresh out of a divorce, or they’re separated, or they have been a player their entire life and now they are just looking to have kids, so more than likely a woman over 40 is not going to want to go that route.” Dating proved to be a challenge, as the small pool of men that was available in the city didn’t always spark an immediate connection. “My key advice for anyone looking for a relationship would be to take your time and not rush and keep your options open until you know for sure.”

The viewers got to dive deep into her love life but didn’t get to see Devyne balancing her dating life, along with her TV career and the pros and cons of being an entrepreneur. Her brand new podcast, “Temporarily Forever”, will be centered around the entertainment industry, dating and relationships and sexuality. She also will spread knowledge on her service interests, which includes the fight against cyber bullying and being an advocate for women empowerment especially in the black community. “I was approached by a high school to speak about cyber bullying which was interesting. The opportunity was perfect because me and my casemates have been victims of cyber bullying through Twitter and so made different social media platforms while the show was on. Its just a part of being on reality TV.” W can expect to see Devyne continue doing multiple projects as she continues her career in the entertainment industry.

Season 3 of of Ready to Love is anticipated to premiere October 2020.