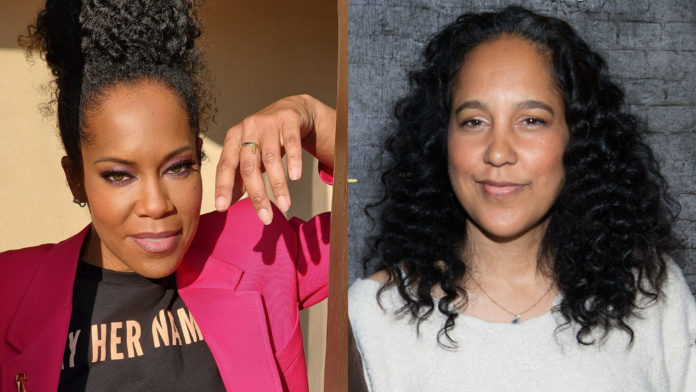 Award-winning actress Regina King and fellow filmmaker Gina Prince-Bythewood sit down and discuss the term “greatness” and the fight for inclusion in Hollywood.

With over 3 decades on-screen, King has recently been thrust into the limelight following her breakout role in 2019’s Watchmen. The role led her to receive her first Oscar and fourth Emmy. Since then, King’s sudden rise to fame led her to her directorial debut in One Night in Miami. As the actress climbs the ranks in Hollywood, she contemplates her ambitions and the depth of her “greatness.”

When thinking about “greatness,” King refers to other stars that she considers embody’s the word. She tries to understand the level of pressure they are under.

“Sometimes I look at people like Serena or Beyoncé,” King says. “And I don’t understand how you can actually sleep and be able to put out what they put out. Like, how do you have the time to be you?”

But for King, greatness is not only the excellency of your work. But also your character and how you interact with people. The actress reflects on the Black Panther star Chadwick Boseman.

“I think of people like Chadwick Boseman, and I’m like, “He’s the best of who we are, I mean, as human beings,” she states. “It almost feels like that is a whole other level of [greatness] because his heart was just so big and he managed to live so selflessly.”

King begins to consider that it’s the view of black women in society for why she battles with considering herself “great.”

“I feel like just as Black women,” King begins. “We are so conditioned to not feel that it’s OK to want to be great. Hence how I came into my whole response when you asked that question.”

The duo begins talking about the plight of Black women in Hollywood.

“Black women are the least celebrated human beings on the planet.” King states. “So, when you hear people [say], “Well, why are they excluding other people out of the conversation or out of that praise or another person is not worthy of that praise, too?” We’re not saying that, it’s just that you have never praised us, so we’ve got to create a space that’s just for us because no one seems to want to include us in theirs, even though, going back to history, we’ve taken care of other people’s children after we’ve had our children taken away. There is something very powerful about the love that a Black woman provides. And that is the DNA we’re connected to.”

King continues referring to enforcing inclusion as a “delicate line.”

“You don’t want to express what you feel in a way that it deters people from wanting to actually listen or be an ally,” she explains.

“I find myself constantly thinking as I’m talking to make sure I’m choosing my words wisely and still being honest to myself,” she continues. “Because I understand that in order for us to actually witness a change in our lifetime, we have to express how we feel, who we are, but also do it with grace so that we can receive all of the different people who are needed to truly make that shift happen.”