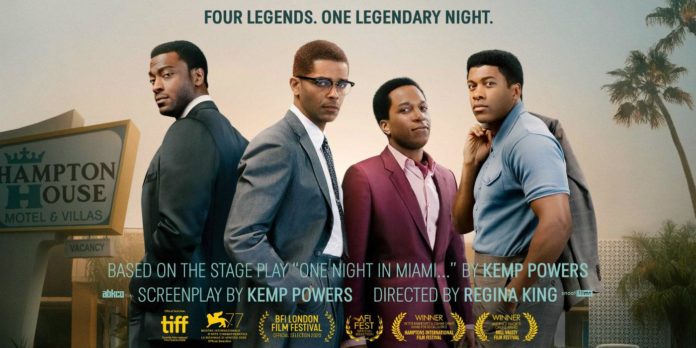 Award winning actress , Regina King has switched gears and has begun shifting her focus on the Director aspect of film production.

As we covered in a previous article, King has been directing her first film ‘One Night In Miami’  which was released in limited theaters by Amazon Studios, on December 25, 2020, before being released digitally on Prime Video on January 15, 2021.

The film depicts four Black legends whose worlds coincide based off of just one night in Miami. Actually on the evening of Cassius Clay’s fight against Sonny Liston in 1964 to be exact, as they discuss the responsibilities of being a successful black men during the civil rights movement.

The trailer for ‘One Night In Miami’ can be watched below: