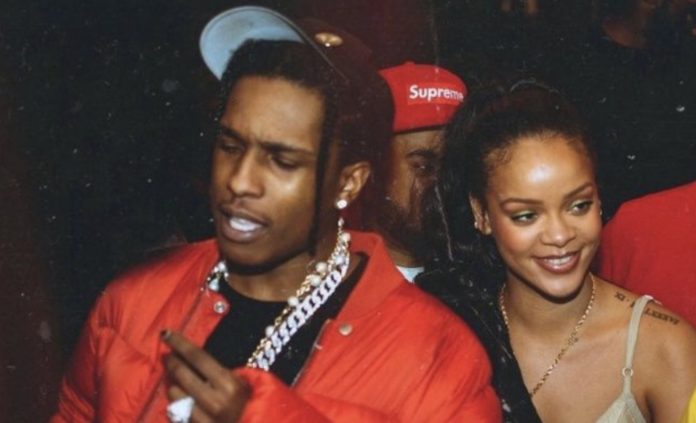 The speculations that the two artists Rihanna and A$AP Rocky are dating have been rumored for months, but have recently resurfaced. Rihanna reportedly broke up with her boyfriend Hassan Jameel in January after three years together.

The dating rumors between Rocky and Rihanna even go back as far as 2013, when fans were under the impression that the pair were seen locking lips on the set of Rihanna’s single, ‘Work’.

Urbanislandz reported that last December, Rocky, and Rihanna were spotted having dinner together in London and also walked the red carpet together at the 2019 Fashion Awards.

Now, According to a Page Six report, the pair were spotted having dinner with some friends at New York’s Beatrice Inn Saturday night, and confirms a source states the two have made it official.

A$AP ROCKY was also one of the prominently featured guests in Rihanna’s July Fenty Skin campaign.

Neither of the two have come forward to confirm this information, but what is confirmed, is that the two have been spending quite a lot of time together!