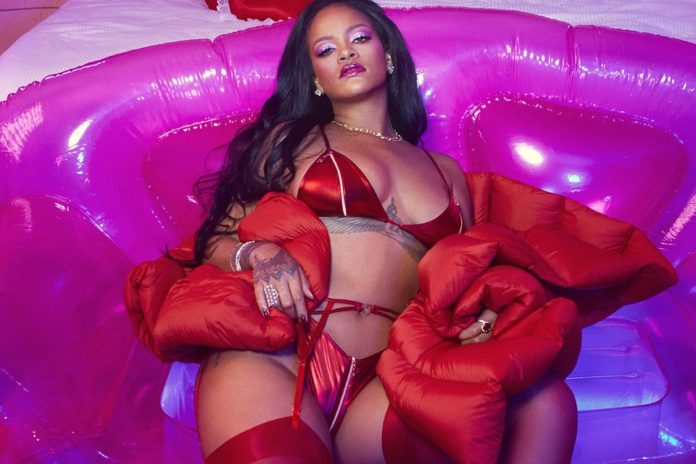 Our bad gal Rihanna has wasted no time getting the new year rolling. She’s teamed up with well known designer, Adam Selman, for the latest Savage X Fenty Valentines Day collection, and it is hot! The popular line had an amazing 2019 between the development of. In August, the Wall Street Journal reported that it had raised over $50 million, raising eyebrows in the lingerie business. A brand ambassador program featuring Billboard sensation Normani kicked off, and now this is the first designer collaboration since Savage X Fenty began.

When Rhianna asked Selman to work with her on the project, he decided to go with a retro look.

“I wanted to do something that was still in the spirit of Savage X Fenty, but give them an offering they didn’t have already. I really pushed into sexy ’80s cuts, and was inspired by ’80s lingerie and Frederick’s of Hollywood. I wanted to keep it cheeky and playful, so I added hearts, and ruffles, and a topless babydoll dress.” said the Selman.

The Savage X Fenty brand is more inclusive, offering more sizes than its Victoria’s Secret competitor. Consumers can shop sizes between Small to 3X. Rihanna and Selman have known each other for over 7 years. Selman created the unforgettable nude sheer dress Rihanna wore to accept the 2014 CFDA Fashion Icon Award. Selman said, “I could always text her and be like, ‘Do you like this or this?’ She would get back to me really quickly because we have such a long history of working together and I can do that with her. I feel like I know what she’ll respond to and what she won’t. The Savage X Fenty ‘Adam Selman Capsule Collection‘ includes baby doll tops and cupless bras, and is available now online.