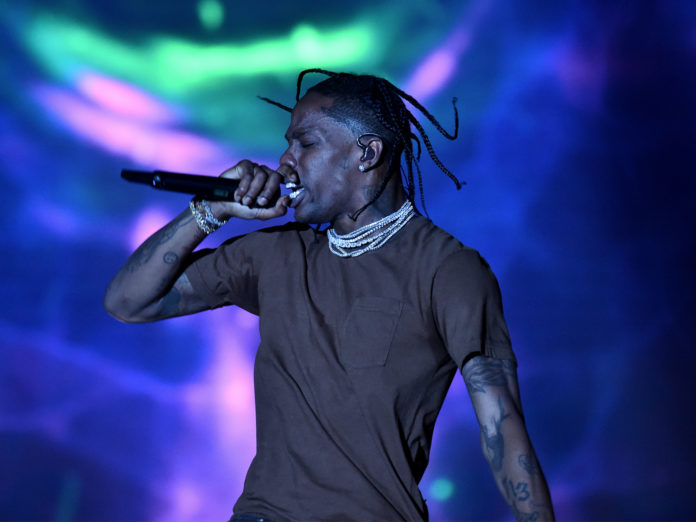 XXL magazine wrapped up the year with Travis Scott as the latest hip hop artist to cover 2019’s winter issue days after the release of his JACKBOYS complication. The cover story was in the words by La Flamme himself, sharing glimpse into his mindset reflecting over the inspiration behind JACKBOYS, his thoughts on the current state of hip hop, and how Kid Cudi’s music allows him to stay in control of his anxiety.

“It’s just a body of work made with a few of my friends and people I’ve always made music with since day one. It’s just fun and something that’s endearing and cool. It kind of like, wakes up the minds of people that might not know about Don Toliver or people that know about Sheck Wes and makes them want to know more. ‘Highest in the Room’ is on that album. It was a song that I had for a while and I love performing it”, Scott shares what inspired JACKBOYS album.

He then goes into detail about his thoughts on the current state of hip hop, “It would be so much cooler if the hip-hop community could be more together and not so divided. It can be very divided. Competition plays a role but it’s cool that there’s competition. Everyone is obviously winning but it would be so cool if rap didn’t have so much back-and-forth and it was more about us coming to an understanding on some things and there was more camaraderie. We are all in this together. It’s us versus those who don’t get it. So, if we showed and felt that more, it would be different.”

The Houston native explains how Kid Cudi’s music has impacted him on a more personal level as far as his anxiety. “Sometimes in life you might connect with an artist in discovering music to get you through something. Dealing with anxiety or just down for the day. That’s what Kid Cudi was to me. Kids tell me that kind of thing all the time and I take that to heart and that’s why I do everything I do. I remember somebody out there is listening to me. I got somebody through the next day. I got somebody through their day and that s**t is amazing. That touches me. That resonates with me. For real, 100 percent. And it makes me listen back to that m*thaf**ka. I swear when I be making music, I be tapping back into when I was that kid. I swear, every time.”

Travis Scott has an amazing year in 2019, and we’re looking forward to what this new year will bring for the hip hop icon.