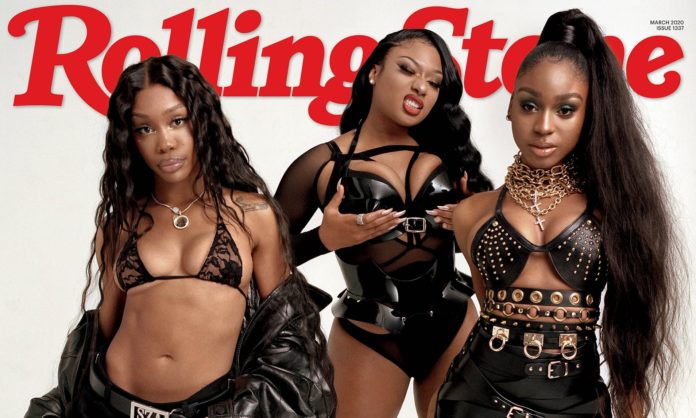 In honor of Women’s History Month in March, Rolling Stone has released a ‘women dedicated’ cover for the month. This year the company is using the opportunity to highlight three emerging artist; SZA, Megan Thee Stallion and Normani as the ‘Women Shaping the Future’. The issue is the publication’s second annual Women Shaping the Future issue.

Megan Thee Stallion seized the summer of 2019 with her “Hot Girl Summer” catchphrase and hit single. Her follow up project Fever charted with hit after hit and she landed some of the year’s biggest film soundtracks including Queen and Slim and Birds Of Prey.

Normani shook the internet up when videos of her solo performances went viral. She then dropped her summertime single “Motivation” and its 90’s themed video and it instantly had people buzzing and dubbing her as the next Beyoncé. Normani plans to drop a debut album later this year.

SZA has been staying pretty low-key since the release of her debut album CTRL. It has been reported that the singer is spending some time in Hawaii recording her follow-up album which is expected to drop this year and include a song with Megan.

The issue is set to hit stands on March 3rd and will include in depth profiles of all three artist. Readers can also expect exclusive interviews with Regina King, Stacey Abrams, Natasha Lyonne, and a list of other dominant women in various industries.

Let us know what you think of the cover below