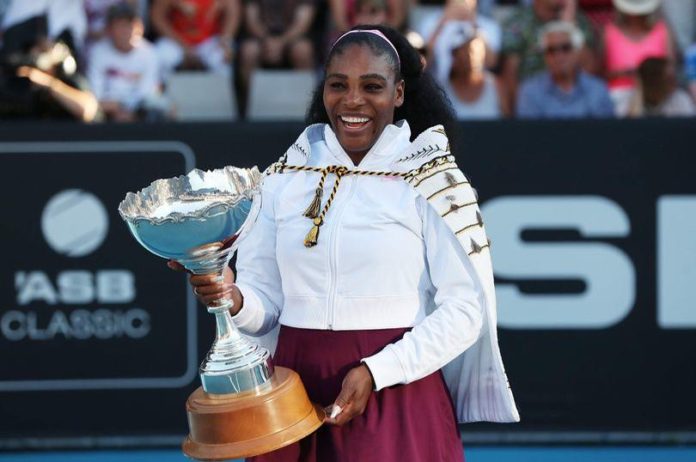 Congratulations are in order for Serena Williams who won her first title since giving birth to her baby girl, Alexis Olympia Ohanian Jr. She defeated Jessica Pegula in the ASB Classic final this past Sunday.. The 23-time Grand Slam winner hadn’t won a title since the Australian open singles in January, 2017. The last three years have been a challenge for Williams as she fought to balance the demands of her tennis career and motherhood. As determination set in, Williams developed the right mindset to make a comeback. “You have to be your biggest cheerleader, especially if you’re feeling you’re not doing everything right – or even if you are doing everything right, but things aren’t working out for you,” she said.

During the trophy presentation, Williams announced in her winners speech that she will be donating her $43,000 winner’s check to the fundraising appeal for victims of the Australian wildfires. She is also auctioning off each dress she’s wore for her nine matches in Auckland. “It feels good. It’s been a long time,” Williams said. “I think you can see the relief on my face. I played an incredible opponent today in Jessica and, honestly, it was a great match and I couldn’t have played anyone better in the final.”

The next challenge for Williams will be keeping the same determination at the Australian Open, where she will try again to win her 24th Grand Slam singles title and tie Margaret Court’s record.