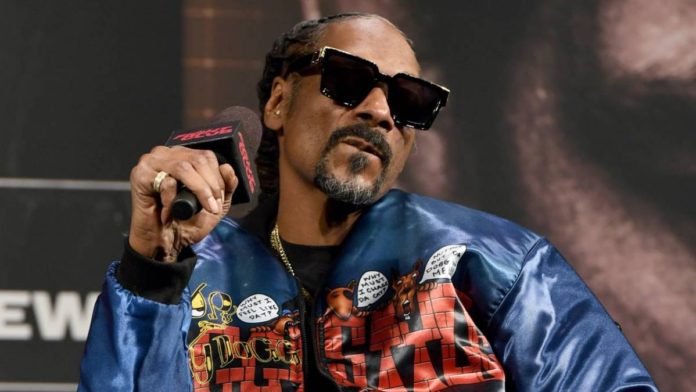 In an interview with Yahoo Entertainment, Snoop Dogg revealed that he is in the process of developing an anthology series about his life.

“I think what makes the most sense to me is the Snoop Dogg anthology,” he tells Yahoo Entertainment. “The life story of Snoop Dogg where it starts with my mother and father meeting each other before I was even born, to me being born, to me growing through the ’70s and ’80s and the ’90s.”

The Doggfather goes further to explain how each era in his life shaped him into the man he is today.

The rapper attributes his childhood in the ’70s for teaching him how to love.

“My childhood in the ’70s, seeing how people loved each other, seeing how racism really didn’t exist to a maximum, how I grew up in school with different nationalities, teachers with different colors, and we loved them,” says Snoop. “They loved us in the community, and there were certain rules and regulations. It was just a love thing, and if you messed up, you could be disciplined by anybody on the block. It was always like a neighborhood watch. That era of the ’70s taught us how to love and how to be kind to people.”

Snoop Dogg explains the vast difference between the ’70s and ’80s. And how the influx of drugs into the black community destroyed the community and misled the youth.

“Then the 80s era, that’s when cocaine, drugs, violence, my teenage years and all of the things that were brought to our community by the government and the C.I.A- that has been revealed now. But when we were living in that life, in that era, we didn’t know why we were being given guns and drugs out of nowhere. And then we became drug dealers and gang-bangers based off of tools that were given to us. They didn’t deal with no schools or no trad techs or anything. They just dropped off guns and drugs and gave us a path to destruction. And then they locked us all up.”

The rap icon explains that despite the success of Straight out of Compton, he and his team are taking their time creating the project.

“I want to take my time and make sure that I’ve put together the right infrastructure of how I became me- you know, the people that inspire me, my upbringing, my mother, my father, my friends, community influences, inspirations that shaped and molded me,” the artist shares. “I don’t see it being a biopic because I can’t give all of this great information and entertainment in two hours. But if I give it to you in an anthology, you’re likely to get six or seven seasons of this.”