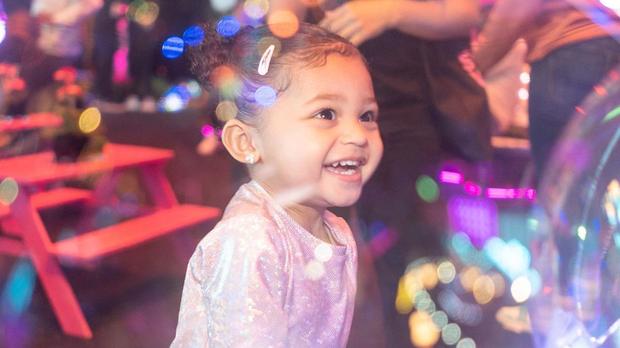 Stormi Webster lives the life that we could only dream of at 2 years old. The child of Kylie Jenner and Travis Scott-Webster was born February 1st, 2018 and has been celebrating all month. First she celebrated the release of her second Kylie Cosmetics make-up collection with a butterfly themed release party. Now she ran it back with a “Stormi’s World” themed party the second year in a row.

StormiWorld, with the slogan “2 is better than 1”, was a fun themed party inspired by her dad’s Astroworld album. This year, kid-favorites Frozen and Trolls also played a big part in the party atmosphere. The mystical world had signs pointing to “Frozen World” and “Trolls World” with fun and games waiting on the other side.

Kylie Jenner is known for throwing great and unique parties and of corse she went all out for her daughter. It was all Stormi everything from the time you walked into an oversized inflatable of the toddlers head.

The parents went to social media to share photos and special moments thru have had with their daughter as she grew up.