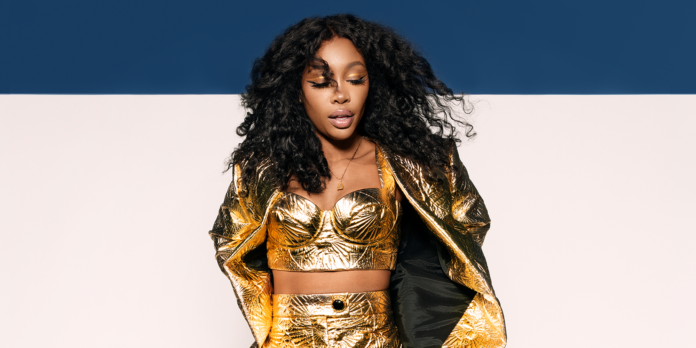 In her cover story interview with Cosmopolitan, R&B songstress SZA opens up about her upcoming new album and expresses no hard feelings towards her 9 Grammy snubs.

“I’m just a girl from the ’burbs,” says the singer. “I never had dreams of being nominated for a Grammy. I thought I was going to be a gymnast and a fucking business accountant somewhere. Or working at Nike corporate or some shit in Portland. Who knows, but something that involved a power suit. So it’s not a heavy burden”

The ‘Good Days’ singer explains that not winning a Grammy has granted her newfound freedom.

“Once you’ve been nominated and lost, you’re very much free because you’re not concerned,” says SZA. “I passed that threshold years ago—it’s an old energy to me. Why would I be mad?”

SZA, born Solána Imani Rose, explains how her new energy will transfer to her music.

“This album is going to be the shit that made me feel something in my…here and in here,” the singer tells the outlet, placing her hands on her heart and her gut. “That’s what’s going to go on the album. I’m making all different types of shit every day from different places in my spirit.”

No longer striving to prove herself and her skill level to others, now the 30-year-old is redefining herself.

“Right now, more than ever, I’m just figuring it out—who I am and what I want that to be,” she continues. “Before, it was more about letting people know that I was a good writer and that I shouldn’t be counted out. And now it’s more, You have power; you can shape the world based on the things you genuinely care about.”

With an aspiration to change the world, Sza wants her legacy to transcend outside the realm of music. The singer would like to tackle the following issues; “access to clean water, Black farming, reducting plastic emissions, and closing the achievement gap.”

“I’m not meant to be still,” she declares.

The R&B singer will not be confined to stillness as her ambitions and music continue to grow and evolve.