Home Hot Tea T.I. Crowns Rapper MoneyBagg Yo as “Trapper of the Year” at his... 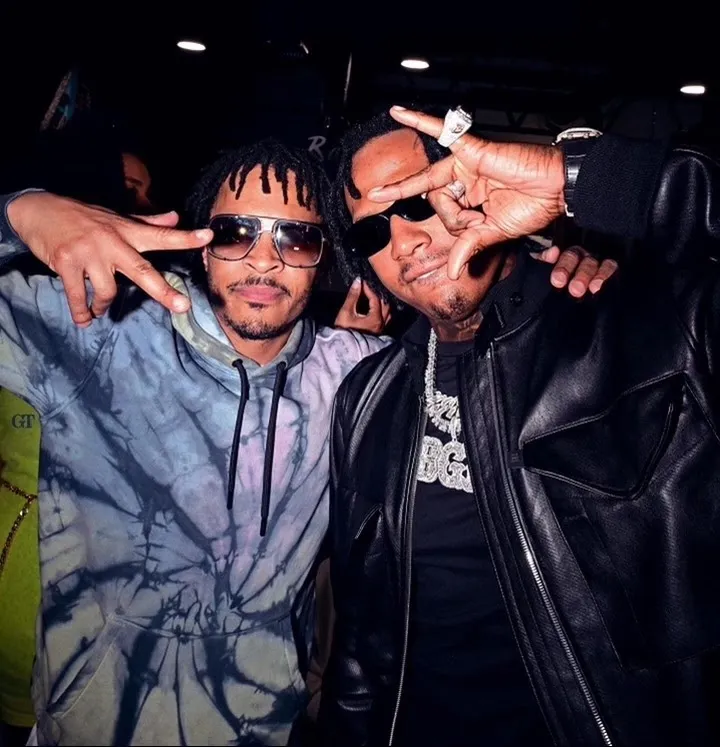 Thursday March 24th was a night full of celebration and indulging in the Hip-Hop sector of Black excellence in Atlanta, GA. The Trap museum is usually a fun spot full of art sets, themes relating to Black music culture, and escape rooms. This week they switched up the tempo as it was the gathering place for this years “Trapper of the Year” VIP event that honored one of the hottest rappers of the year, MoneyBagg Yo.

What does it mean to be “Trapper of the Year”? According to the Trap Museum’s founder, Tip “T.I.” Harris, this annual accolade is awarded to the most productive rapper who’s hustle shines through, who shows up and supports their community, and contributes to the trap culture. This award has been honored to other heavy hitters like Atlanta native rapper Lil Baby, who received his recognition in 2021. In celebration of this award, the museum unveiled an exhibit in honor of MoneyBagg Yo with art curated by Geryn Harris, Javonte Lain and Rich Bizarre. MoneyBagg also blessed with a $500K ring from his rap brother T.I.

Guests got to vibe out to music provided by Hot 107.9’s DJ JahLion Sound, DJ Misses, Incognito and Party Boi Deuce. They also indulged in custom “Sip&Trap” drinks based on the man of the hour including a drink named Wockeisha, which was made with apple whisky, blue curaçao, sour apple, cranberry juice, and sprite. Check out how those ingredients relate to his hit single under the same name in his music video below:

The most honorable part of this event is watching people give MoneyBagg Yo his flowers while he is alive. “We withstand some of the harshest, most horrendous conditions of our community, and we were able to take those experiences and put them to music and present them to people who can also relate to ’em. The s*** generates revenue and if you consistently generate revenue, you deserve to be celebrated. If you consistently represent people who ain’t got the voice to speak for themselves, you deserve to be celebrated. So in 2021 the person who most consistently represented the people that came from that environment was MoneyBagg Yo!” T.I. continued by saying, “MoneyBagg Yo has been one of the industry’s most talented and consistent hit makers in the past year. MoneyBagg Yo has proven he is dedicated to his art, stands tall on his business and represents his city [of Memphis] well. Congratulations to Bagg and his entire team!” The crowd cheered and showed love during the entire speech.

Overall the event was well put together and did what was supposed to be done. Congratulations to everyone!