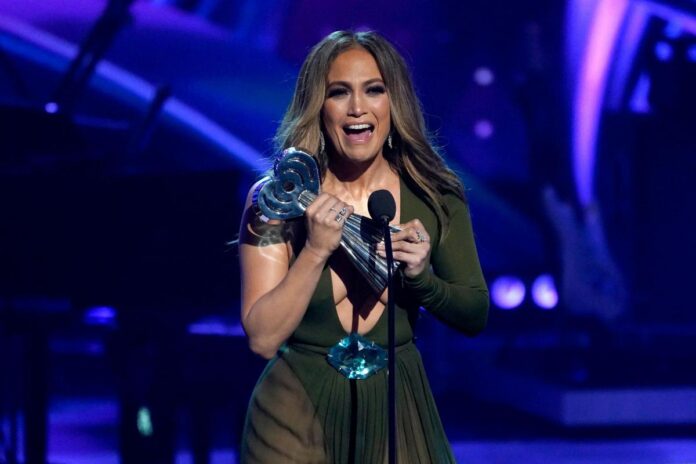 The American Music Awards ‘Icon Award’ honor bestows upon an artist whose catalog of work has profoundly influenced pop music and culture on a global level. Its pop was first introduced during the American Music Awards in 2013 and presented to megastar Rihanna. However, this year the honors were assigned to none other than Jennifer Lynn Lopez.

Lopez, aka J.Lo, aka “Jenny from the block,” is an American singer, dancer, producer, and actress. Before deciding to pursue acting, she started her journey in the media industry, becoming a regular Fly Girl Dancer on Fox’s sketch comedy show, In Living Color. She scored her first leading role as Selena in her namesakes 1997 biopic, thus catapulting her to becoming the first Latin heritage actress to earn over $1 million for a film. She then made her way down the block into music with her debut studio album, On The 6 (1999), which conversely accelerated the inclusion of the Latin Pop Movement in American culture.

She truly embodies the personification of a living icon as she humbly thanks everyone in support. “Thank you to everyone who comes to a show, streams a song, sees a movie, follows me. You guys are the ones who give me the opportunity every day to live a life I couldn’t even imagine would come true when I was a little girl growing up in the Bronx.”

Parting in her acceptance speech to instill a seed of inflected wisdom, she lets us know that ‘ICON’ stands for “I Can Overcome Negativity.”

She has continued to release music and film projects, and in 2022 the Icon winner aesthetically exclaims this is just the beginning. “And let me tell you something else, I’m just getting started. I love you!”