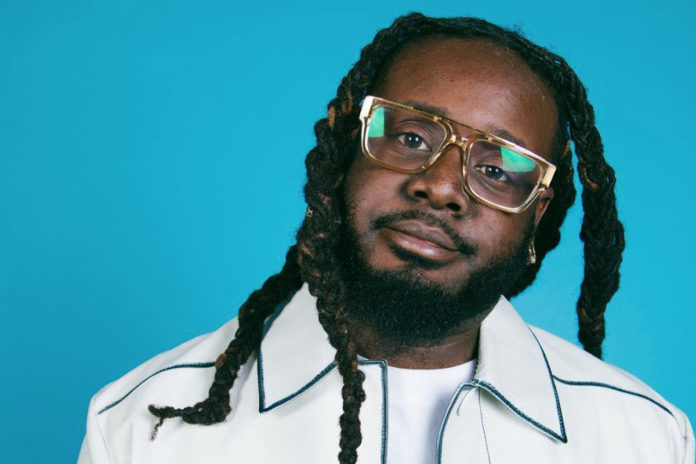 The six-time Grammy-award-winning artist got the idea for the podcast after having various late-night conversations with friends.

“Too many conversations and interactions I was having with various people kept ending in the same way,” the artist explains in a press release. “With me saying, ‘Damn, we should have recorded that.’ so we decided to do just that and launched Nappy Boy Radio podcast. Partnering with PodcastOne, a company that is ‘talent first, was a no brainer.”

Since his career skyrocketed to stardom in 2004, T-Pain’s creativity has reshaped the fabric of Hip Hop, Pop, and R&B. The iconic artist’s influence transcends generations.

“At PodcastOne, we seek hosts who are charismatic and engaging,” says Kit Gray, President of PodcastOne. “With something to say that the audiences want to hear. T-Pain is all that and more. His innate curiosity and interest in the world around him and the people who live in it offers up endless possibilities for show content, and we cannot wait to launch Nappy Boy Radio with T-Pain.”

“Nappy Boy Radio” with T-Pain will take viewers on a fun and crazy ride. The legendary artist interviews friends and guests. Each week, Pain and his co-host will dive into the world of music, gaming, exotic cars, tech, and alcoholic beverage. Through his interview, the artist will peel back the layers of life. Viewers will ride shotgun as T-Pain takes them on a wild ride from conversations to exclusive sneak peeks into his world. Don’t miss the opportunity to learn more about one of the world’s most versatile and iconic artists.

Nappy Boy Podcast With T-Pain launches on June 3rd and his available on PodcastOne, Apple and Spotify.