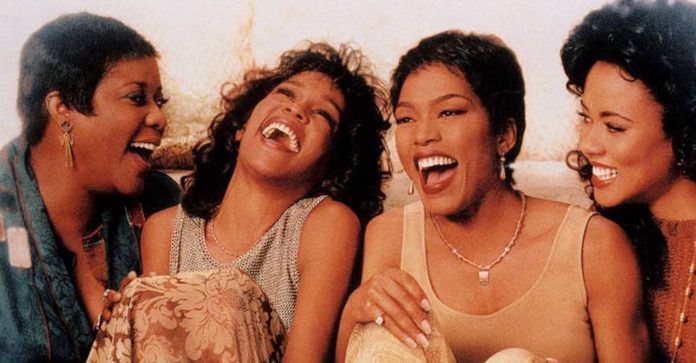 Terry McMillan, the novelist who wrote the New York Times bestseller, announced via Twitter that the iconic 90’s movie will be coming to television.

“Waiting to exhale is going to be a TV series” McMillan tweets. “Produced by Lee Danils. Attica Locke and Tembi Locke are writing. Anthony Hemingway will direct. I lucked out.”

The book was originally adapted into a movie in 1995 and starred some of the biggest names in Black entertainment. Actress and musical icon, Whitney Houston played alongside Angela Bassett, Loretta Devine, and Lela Rochon. The movie also marked the directing debut of Forest Whitaker. The grammy-nominated film celebrates sisterhood, as it follows a close friend group composed of 4 black women as they navigate through their careers and family while bonding over their imperfect love lives.

Similar to the movie, the television adaption has also enlisted some of the biggest names in Black Hollywood. Lee Daniels, an Academy Award-winning director, writer, and producer, will produce the television series. Daniels is known widely for his award-winning film Precious. The filmmaker also produced Fox’s Empire and Star. Sisters, Attica Locke and Thembi Locke will write the series. Attica is an author and a screenwriter, known for her role as a writer and producer on Empire, Little Fires Everywhere, and When They See Us. Thembi is a writer and actress who recently played the role of Dr. Grace Monroe on Syfy’s hit series Eureka. Emmy Award-winning director Anthony Hemingway is set to direct the new series. Hemingway has directed the film Red Tails and television series such as The Wire and American Crime Story.

Although there has been no word yet on the cast of the new series, with an A-list production team like that, we expect a star-studded sequel for the 90’s classic.