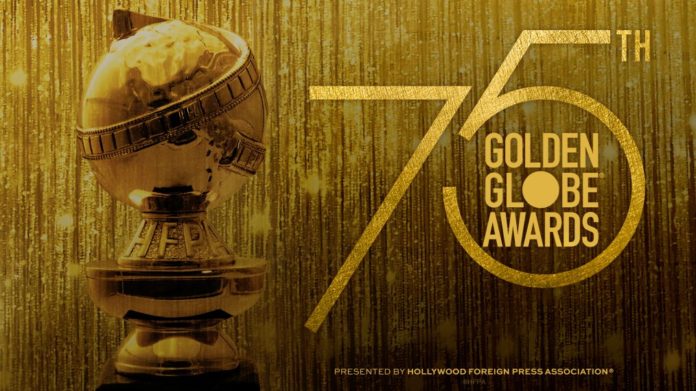 From Black Panther to Crazy Rich Asians, the 2019 Golden Globe nominations are here to blow everyone’s mind. Whether your mind is blown in a good or bad way is up to you to decide. Black Panther makes history as the first Marvel Studios film to earn a Golden Globe nomination in the Best Motion Picture Drama category. The movie is also nominated for Best Original Song and Best Original Score. However, the movie’s director, Ryan Coogler, is nowhere to be found in the category of BestDirector for a Motion Picture, after Black Panther entered into the top 5 highest grossing movies in the United States.

Star of Crazy Rich Asians, Constance Wu, makes history as the first Asian Woman nominated for Best Actress in a Motion Picture – Musical or Comedy in over 50 years. Wu expressed how both excited and surprised she was at receiving the nomination in a tweet this morning.

What a morning to have had my phone on Do Not Disturb Mode till now… I’m ecstatic but also in shock! Thank you @goldenglobes !!!

Lady Gaga just might be on her way to breaking records as well. She is nominated for Best Performance by an Actress in a Motion Picture. If she wins she’ll be the first recording artistever to do so.

Regina King and Amy Adams are both up for double nominations. The two actresses are competing against each other in the categories of Best Supporting Role and Best Actress in a Limited Series or Made for Television Movie. King for her work in the films If Beale Street Could Talk and Seven Seconds and Adams for her roles in Vice and Sharp Objects. Regina King has been on the scene since her teens but this year seems to really be HER year. After receiving news of her nominations King was truly overjoyed.

“I cannot even put into words how I feel right now hearing this exciting news from set. Just elated. So proud of these two amazing and beautiful projects. I’m incredibly lucky and humbled that these roles chose me. For Beale Street, honoring the words and legacy of James Baldwin is truly special. Thank you Hollywood Foreign Press!”

Now, everybody loves This is Us. Right? Well neither the show or its stars got any nominations. This is a bit of a surprise seeing as though this past year Sterling K. Brown won the Golden Globe for Best Actor in a Drama Series.

Next year’s ceremony will include a new award. No word yet of what it will be called but the honoree will be chosen from the television field. The recipient will be named alongside the Cecil B. DeMille Award winner which was given to Oprah Winfrey this year and led to her sensational speech that went viral and had everyone saying, “Oprah for 2020.”

The full list of the Golden Globe categories and nominees can be seen below.

Glenn Close, “The Wife”
Lady Gaga, “A Star is Born”
Nicole Kidman, “Destroyer”
Melissa McCarthy, “Can You Ever Forgive Me?”
Rosamund Pike, “A Private War”

Best actor in a motion picture, musical or comedy

Best actress in a motion picture, musical or comedy

“Incredibles 2”
“Isle of Dogs”
“Mirai”
“Ralph Breaks the Internet”
“Spiderman: Into the Spider-verse”

Best actress in a TV series, musical or comedy

Best actor in a TV series, musical or comedy

Best limited series or motion picture made for television

Best supporting actor in a series, limited series or motion picture made for television

Best supporting actress in a series, limited series or motion picture made for television