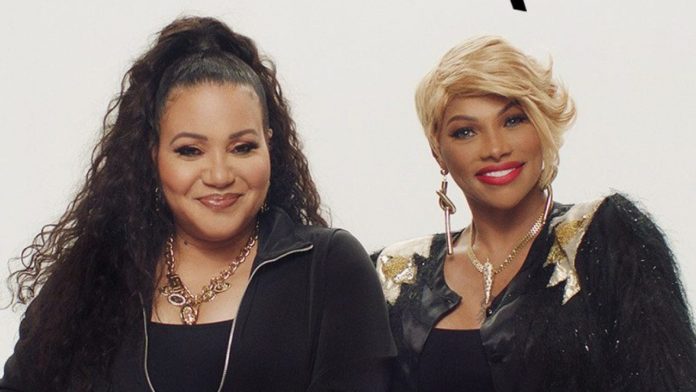 Lifetime is preparing to give a flashback with real 90’s nostalgia for true hip-hop fans. We are in for a real treat with the highly anticipated Salt-N-Pepa biopic after the trailer made its debut this month. Fans will get an inside look on Queens, New York group and the development of their career and how some of our most favorite hits were created. The trailer alone is enough to get you to grab your oversized letterman jacket, put on your best spanks, and prepare to “push it real good”.

Lifetime is continuing their biopic series with a three-hour saga chronicling the story of the groundbreaking hip-hop group. The artists’ started as nursing students at Queensborough Community College and accidentally rose to fame through their friendship with aspiring music producer Hurby Azor, who will be played by Cleveland Berto.

According to the Daily News, the duo responded to some backlash when the trailer was released when some concerns were raised about the casting. The ladies responded by saying, “We’re going to make sure there ain’t no dark skin Salt and light skin Pepa,” James assured.

“They’re actually going to look like us,” Denton interjected. They concluded, “We are real executive producers and our hands are in the pot.”

There is no word just yet on when the biopic is set to air on Lifetime but is expected to be released in 2020.