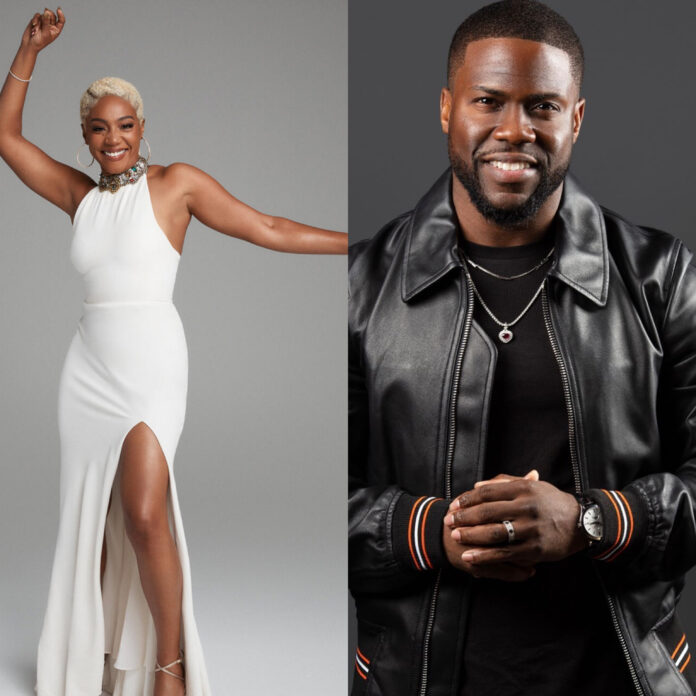 The annual Oscars are approaching March 27, 2022 . Although there has not been an annpoucement as to who will be the host at this years ceremoney, comedian Tiffany Haddish name has been circling. In a interview with E! News Haddish expressed she would host under one condition, “if the Coin is right,” she contiued, “I just want to be able to make a down payment on an apartment building in Texas.”

Although Haddish was flattered that people want to see her host, she had another potential host in mind, Kevin Hart. “They should give it to Kevin”, Haddish stated. She even entertained the idea of them hosting together, “Or like me and Kevin do it together.. that would be fun.” Comparing the two to Whoopi Goldberg and Billy Crystal who hosted the Academy Awards back in 1994.

Hart had been chosen previously to host the Oscars back in 2019, but ended up stepping down due to backlash form tweets found years ago. The Oscars went without a host in 2019, however, Kevin did apologize to the LGBTQ community for the tweets.