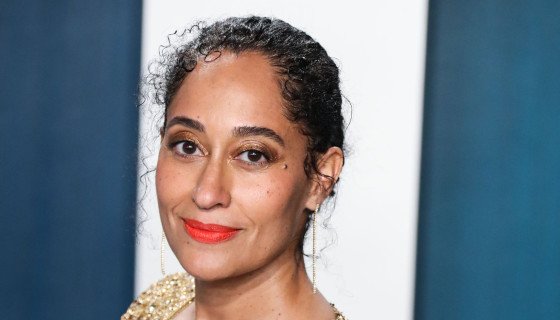 Actress Tracee Ellis Ross has been on the acting scene for years spanning back to her days on the early 2000’s, show Girl Friends to even now in her acclaimed role as Rainbow Johnson, in the popular show Black-ish, leaving her little to no time to follow her childhood dream of singing, that is until now!

In the new film, The High Note, Ross takes on the role of Grace Davis, a famous singer whom is at a career crossroad of whether to continue to go with the grain or to paint her own path her way.

In her interview with Entertainment Weekly, Ross had this to say about her character, “Grace Davis is one of those women who has spent her life being what she thought everybody wanted her to be so that she could make her own dreams come true; and she’s at that point in her career and her life where that crossroad happens. Where I can keep doing what I’ve been doing because it works and this is what everyone wants me to do or I can be who I am and let my real Grace Davis fly.”

Going against the grain and fulfilling a lifelong dream is something, Ross found herself doing while shooting, The High Note, as she recalls, “Working on this film was a really great experience for me; and it was so fun to be working in a different world and a different genre. It was also terrifying for me to face my dreams, I was so scared to sing!”

As the daughter of world famous singer Diana Ross, it may come as a surprise that Tracee Ellis Ross would be afraid to sing in public but the star admitted, “I’d always been terrified of singing. Whenever I would sing and people were listening, I’d make it comedic and silly.”

Even so, in her role as Grace Davis many have drawn a comparison to Ross’s mother and award winning singer Diana Ross, whom was the lead singer of the group The Supremes. But, although others may try to connect the dots between the Ross’ lives and the movie, Tracee had this to say, “In all honesty, none of this is taken from the world I know of being my mom,s child; The only thing is that I always had the dream of being able to sing. But this character was so beautifully and wonderfully written, and the story really has nothing to do with any of the things that I know from my moms experience. Except for the fact that there’s a real humanity to this woman and she’s not a paper-thin quote-unquote diva that the world usually paints larger-than-life woman as. She’s a real person. That’s the only connection that I can draw.”

While the connections between her mother and her character, Grace may be minimal, it is evident that talent is something Tracee and Diana Ross both share. We commend Tracee on overcoming her fears and continuing to redefine her amazing career!

The movie, The High Note is set to release May 8th, 2020. Watch the official trailer below!