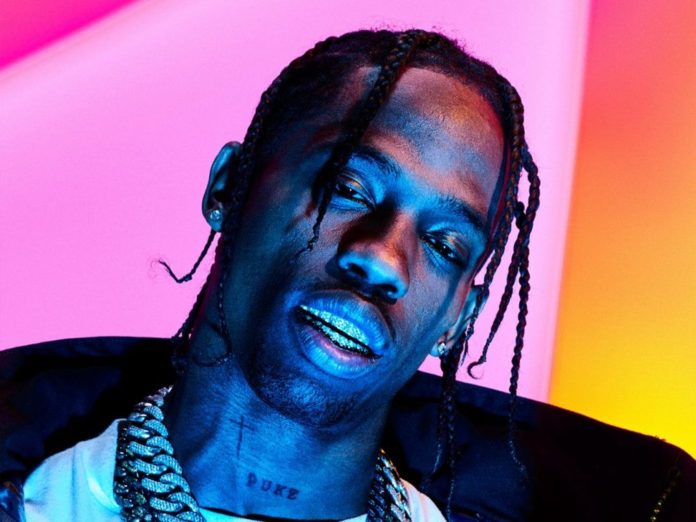 Travis Scott’s latest shoes are officially sold out. The “British Khaki” Air Jordan VIs were released for his 29th birthday on Friday (April 30) and literally took only minutes to sell out, even in toddler and little kids’ sizes! The massive sell out also included the apparel collection, the collection consists of pool shorts, a utility vest, canvas pants, a pullover hoodie, T-shirts and a button down.

This marks the second time Travis has remixed the Air Jordan 6 silhouette. Two years ago in 2019, Travis released an “olive” version that also sold out moments after it was released online.

The design of The “British Khaki” AIr Jordan VIs includes a bright crimson color scheme. It includes a utilitarian pouch on the ankle equipped with a zip pocket. Scott’s signature Cactus Jack branding appears on the lace lock and along the right heel. The translucent tongue, heel tabs, and outsole allow the shoes to glow in the dark.

Now, the sneakers initially retailed for $250 but due to high demand, resellers have increased in price on several sites. E-commerce company StockX currently has La Flame’s new Air Jordan VIs and entire collection at inflated prices.

The shoes are retailing for $589 and the clothes are being sold for nearly $250 more than their original price. In the last two years, “the number of  Travis Scott Products with active sales on StockX have increased by over 400%,” the company tweeted Friday with a link to several more of his rare items.

EBay isn’t playing around either, the same shoes are now being listed for over $600 and on GOAT they’re available for $627.

Although, the sneakers are sold out, fans still have a chance to purchase but let’s just say it’ll be at a fairly high expense! On the other hand, congratulations to Travis Scott on this successful sell out!